Petition of Klara Sooronkulova not upheld by Constitutional Chamber 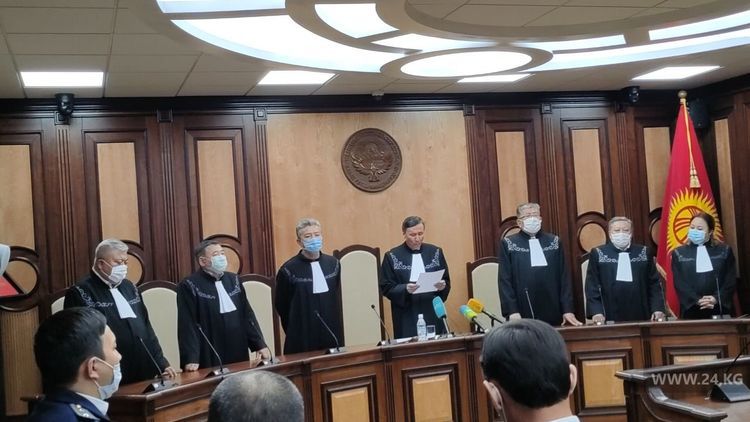 The Constitutional Chamber of Kyrgyzstan did not satisfy petition of the leader of Reforma party Klara Sooronkulova, lawyers Taalaibek Usubaliev and Nurbek Kasymbekov.

The members of the judiciary board announced the decision yesterday.

They did not find any inconsistencies with the Constitution in the decision of the Parliament, adopted on October 22, to postpone the repeat parliamentary elections.

The petition states that the Parliament of Kyrgyzstan ignored Paragraph 8 of Article 10 of the parliamentary regulations. It says that the stabilization of the social and economic situation must be conditioned by the introduction of a state of emergency, an emergency situation or force majeure circumstances. But on October 22, the day the law was passed, the state was not in any of these states.