Power specialists hold another rally at Government House in Bishkek 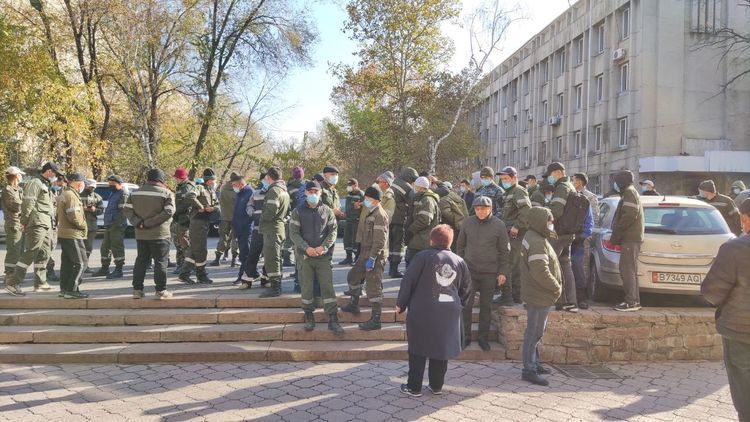 Another rally is held near the Government House in Bishkek today. The protest is held by electricians and workers of the power distribution zone, who disagree with appointment of the new director of Severelectro OJSC Ulan Astarkulov.

They still believe that the appointment of the new head of the company is corrupt.

About 70 people hold the rally. A representative of the Government came out to the protesters and said that at 4.00 pm they could come to the State Property Management Fund and express their dissatisfaction there. However, the power specialists refused and asked to resolve the issue at the Government.

Supporters of the new director of the company Ulan Astarkulov are gathering near the Lenin monument, opposite the Government House. According to the protesters, they are gathering with the aim of provocations.

Severelectro employees have already held protest on Friday. A government representative came out to them and promised to create a commission, where they would discuss personnel changes in the company. But it turned out later that no one had created the commission.