from Ata Meken party Raikan Tologonov was arrested on suspicion of looting. The State Committee for National Security (GKNB) reported. The day before, Pervomaiskiy District Court of Bishkek granted the investigator’s petition for a measure of restraint to the suspect.

Raikan Tologonov was detained on the fact of looting in April 2010. According to investigators, exactly under his leadership a group of individuals committed looting of offices, apartment buildings, including those owned by the Bakiyevs family and their associates.

As the press service reported, since March 16, 2017 the investigation department of GKNB has been investigating a criminal case transferred from the Prosecutor General’s Office. 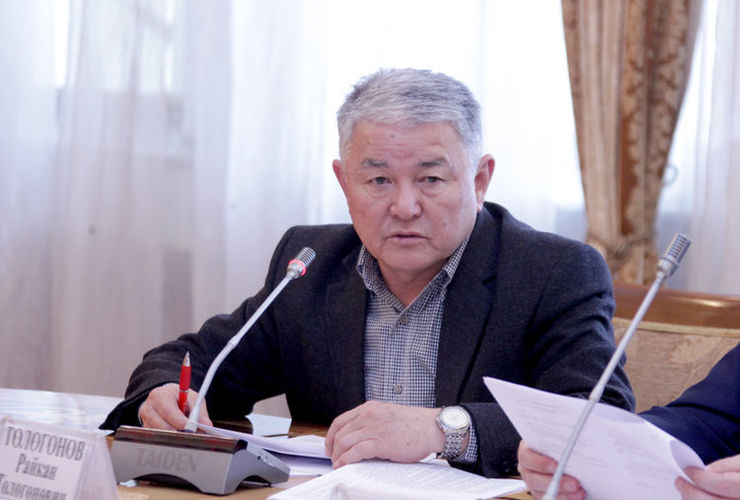 «Active investigative and operational search activities carried out within the framework of the criminal case found out that the robberies of offices, apartment buildings, including those belonging to the Bakiyevs family and their associates, that took place from April 7 till April 10, Bishkek, were committed by a group of persons under the direct supervision of the former deputy of Parliament of Kyrgyzstan from Ata Meken party Raikan Tologonov," GKNB noted.

The investigators got materials and testimonies from several witnesses, including those who participated in these crimes.

Raikan Tologonov will be under arrest until the end of the investigation.

He was a deputy of the Parliament of the fifth convocation.

Ata Meken previously categorically rejected all the looting charges against the party.