Sellers of Dordoi market gathered for a rally near the Government House in Bishkek. They insist that the State Customs Service is misleading people.

On September 8, they have already held a rally on the territory of the market. They demanded to lower customs duties and taxes on imported goods. The State Customs Service then replied that the established rates did not change, noting that they are the same for all five member states of the Eurasian Economic Union. 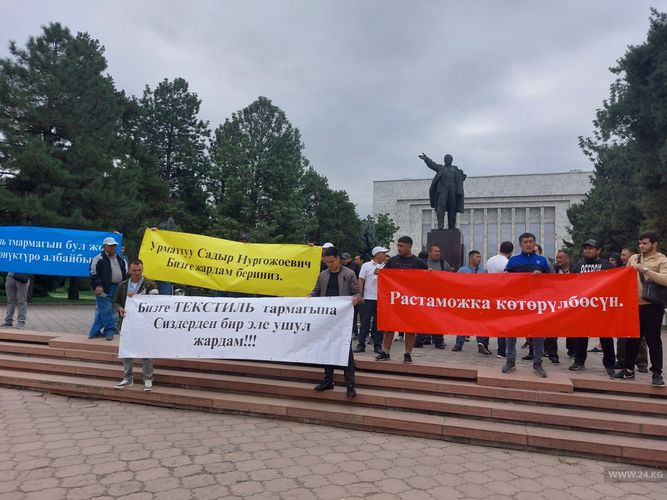 «The State Customs Service says that the duties have not changed. But this is not true. Wholesalers have been importing goods at new fees from September 6. We were also received by the Deputy Head of the State Customs Service. We then asked for customs clearance of goods sent from Turkey before September 6 at the old rates, that is, at 0.85 cents per kilogram. The deputy chief admitted the increase in prices and said that he could not change the rates. But the media officially report that the customs clearance fees have not changed. We ask you not to mislead people,» Altyn Kalybaev said.