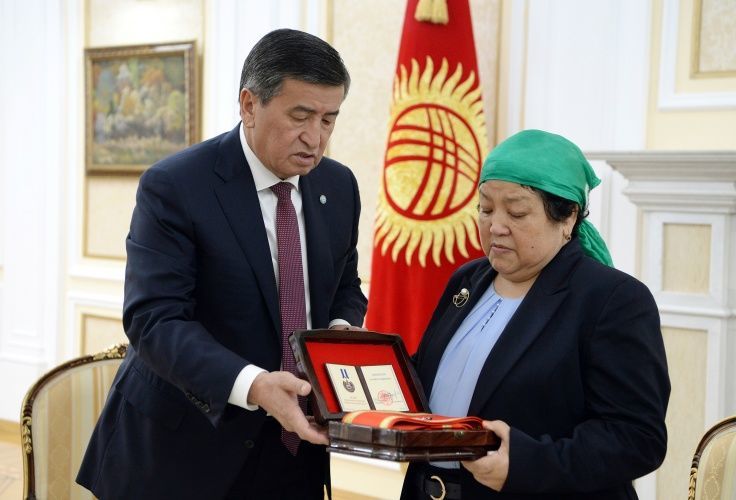 President Sooronbai Jeenbekov met with the mother of special forces soldier Usenbek Niyazbekov, who died during detention of the former president of Kyrgyzstan, Oktom Mamaeva, his wife Nazira Bazarbayeva, his brother Asanbek Niyazbekov and his son Timur Niyazbekov. Press service of the head of state reported.

The president expressed his condolences to the family. He noted that Usenbek Niyazbekov devoted his whole life to serving the homeland, ensuring security of citizens and the rule of law in the country, successfully participated in a number of special operations on elimination of terrorist groups, and was awarded various departmental awards by the national security agencies.

Sooronbai Jeenbekov stressed that the death of Usenbek Niyazbekov was a great loss not only for his family and the loved ones, but also for the state.

The decree on awarding (posthumously) was signed on the eve of Independence Day of Kyrgyzstan.

Usenbek Niyazbekov’s mother wished peace and tranquility in the country and no mother’s tears.