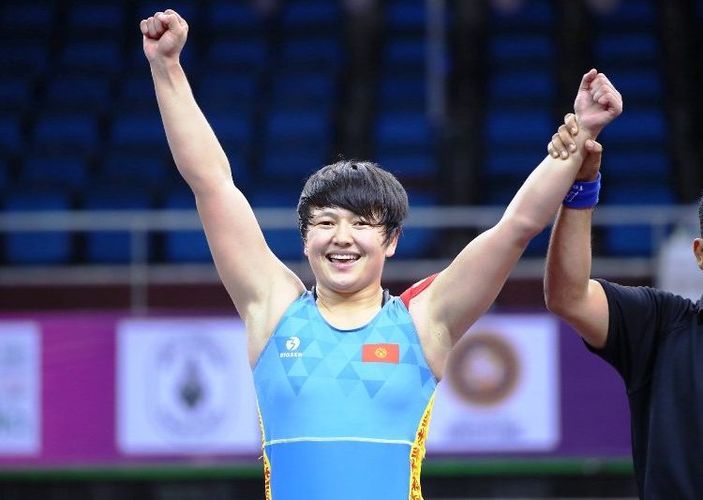 She performed at the women’s wrestling tournament in the weight category of 68 kilograms. At the start, she defeated Nattakarn Kevkhuanchum (Thailand), then defeated Yongsil Jang (South Korea), but lost to Feng Zhou (China) in the semifinals. In the battle for the third place, the national athlete defeated Ayana Gempey (Japan).

Meerim Zhumanazarova is 18 years old. This is her debut Asian Games.