Three people were killed in a traffic accident in Kadamdzhai district of Batken region. The Ministry of Emergency Situations reported.

A Daewoo Tico car drove off the road and fell into a ravine on September 5 on the 135th kilometer of Osh — Batken — Isfana road.

As a result, three people were killed. Their identities are being established. Young man, 25, was also injured in the traffic accident.

Three rescuers worked at the scene. They pulled the bodies of the victims out of the car and handed them over to police officers. 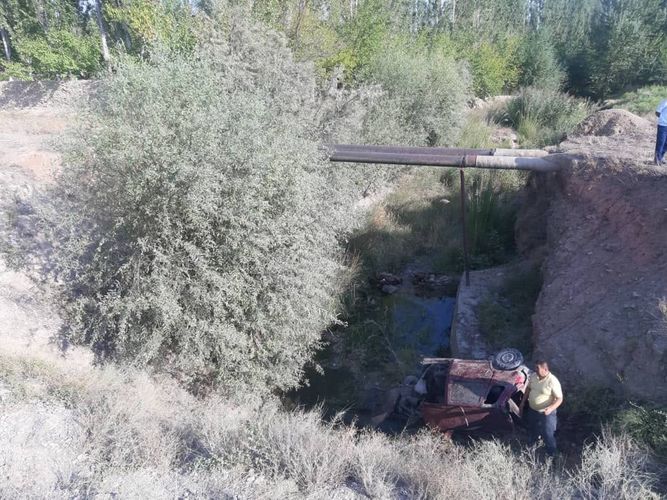