Rally in support of the former chairman of the state committee Abdil Segizbaev was held in Bishkek near the building of the State Committee for National Security (SCNS).

About 20 people demanded to release the ex-head of the SCNS from custody. 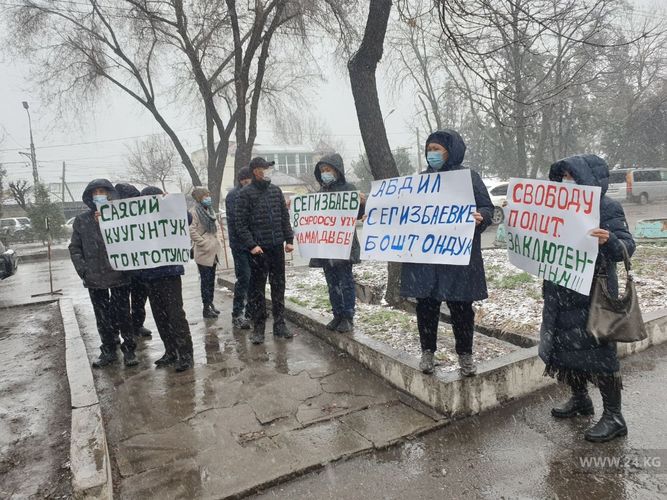 Posters of the protesters read: «Arrest of Segizbaev is order from Bakiyev», «Stop political persecution.»

Six criminal cases were initiated against Abdil Segizbaev. By decision of the Pervomaisky District Court of Bishkek, the former chairman of the State Committee for National Security was taken into custody.

Abdil Segizbaev was previously handed a notice of suspicion under the Article «Abuse of official position» of the Criminal Code of the Kyrgyz Republic.