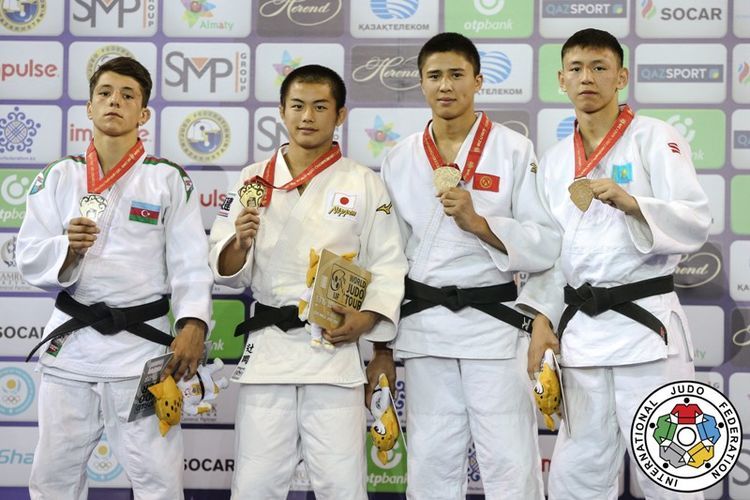 Kyrgyzstani Chyngyzkhan Sagynaliev won a bronze medal at the World Judo Championship among the cadets. Judo Federation of the Kyrgyz Republic reported.

The World Championship is held on September 25-28 in Almaty (Kazakhstan). At least 463 athletes from 61 countries participate in it. Sixteen judokas represent Kyrgyzstan. Chyngyzkhan Sagynaliev competed in the weight category up to 60 kilograms. At the start, he defeated Vilar Lipard (Estonia), then — Michel Shiraldi (Italy) and Daviti Bakhbakhashvili (Georgia). In the semifinals, the Kyrgyz athlete lost to Kamran Suleymanov, and defeated Turan Bayramov (both from Azerbaijan) in the fight for the third place.

«This is the first medal at the world championship in the history of Kyrgyz judo,» the Federation told.