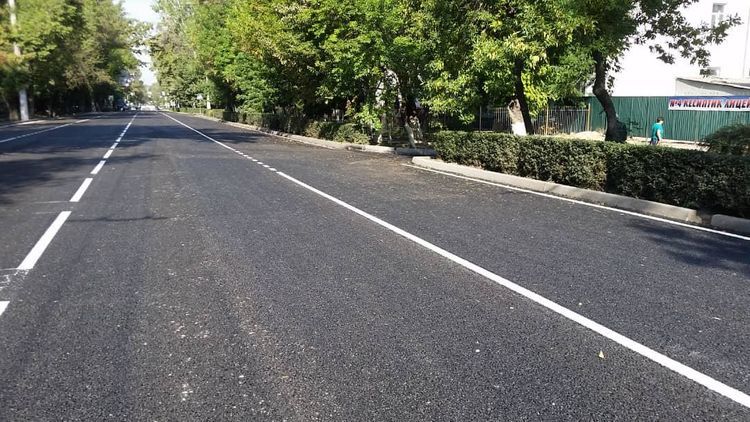 Road works on Moskovskaya Street — between Manas Avenue and Molodaya Gvardiya Boulevard — have been completed. Press service of the Bishkek City Administration reported.

Vice Mayor of the capital Ulanbek Azygaliev and representatives of the Capital Construction Department, together with contractors, checked the quality of the carriageway and accepted the road for service.

The Bishkek City Administration notes that a two-layer high-quality asphalt concrete pavement of increased strength was laid on the repaired 980-meter section and road markings were made, including pedestrian crossings.

Parking lots were put in order, thanks to which the number of places for cars was increased.

Repair of the carriageway of Moskovskaya Street was carried out by China Road & Bridge Corporation at the expense of a grant from the People’s Republic of China within the framework of the project «Restoration of Pavement of Bishkek Roads.» At least 25 builders worked in two shifts, 10 units of road-building equipment were involved.

Moskovskaya Street is the last in the list of the project for restoration of the roadbed. In total, 23 streets have been rehabilitated.