Karatekas from Kyrgyzstan win 6 medals at tournament in Kazakhstan 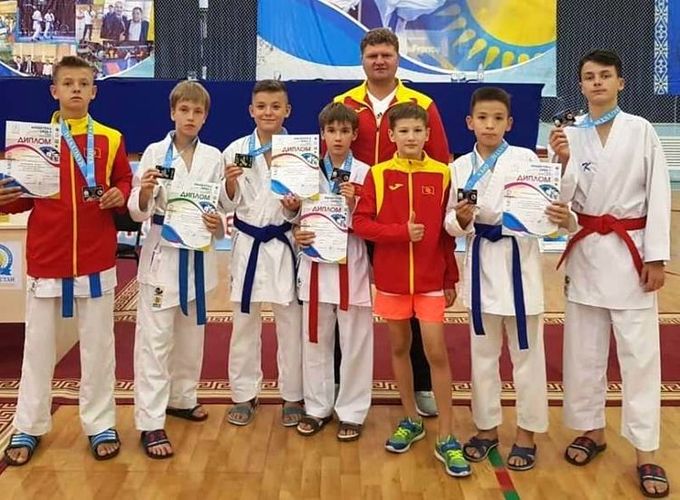 The tournament was held in Aktau. Athletes from Kazakhstan, the Kyrgyz Republic, Russia, Turkmenistan and Uzbekistan participated in it. «The team of our club consisted of nine athletes. They won a gold, a silver and four bronze medals,» said Dmitry Kazanov.

«At the end of September, our karatekas will participate in a rating tournament in Moscow,» added Dmitry Kazanov.