Presidents of Kyrgyzstan and Tajikistan meеt at border 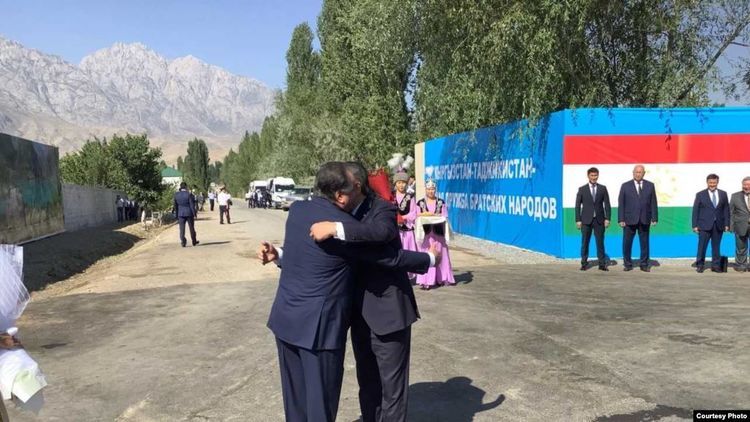 The heads of state met with representatives of communities and elders of village councils of the Republic of Tajikistan and the Kyrgyz Republic.

Later, the presidents will hold one-on-one talks in Isfara, and then the delegations of the two countries will join them.

Related news
President of Kyrgyzstan meets with residents of Batken region in Ak-Sai village
The President of Tajikistan is accompanied by the Minister of Defense Sherali Mirzo, Interior Minister Ramazon Rahimzoda, Chairman of the State Committee for National Security Saimumin Yatimov and the Commander of the Border Troops Rajabali Rahmonali.

Deputy Prime Minister of Tajikistan Azim Ibrohim, who co-chairs the intergovernmental commission on delimitation and demarcation of the Tajik-Kyrgyz border, has been in Isfara for several days — from the very beginning of the conflict — and meets daily with the Kyrgyz authorities.

As expected, after the talks in Isfara, the leaders of the two republics will leave for Issyk-Kul lake, where they will continue negotiations in Cholpon-Ata on topical issues of cooperation between the two parties.

Reinforced security measures have been taken today in Isfara — additional forces of Tajik security forces have been deployed there: the city is practically blocked due to the meeting of the presidents.

Security measures are also strengthened on the road to Issyk-Kul, where the heads of state will continue negotiations.

In order to ensure unimpeded passage of the motorcade and road safety in Issyk-Kul district, additional traffic police units were put up and temporary traffic restrictions are introduced at the time of the motorcade’s passage.