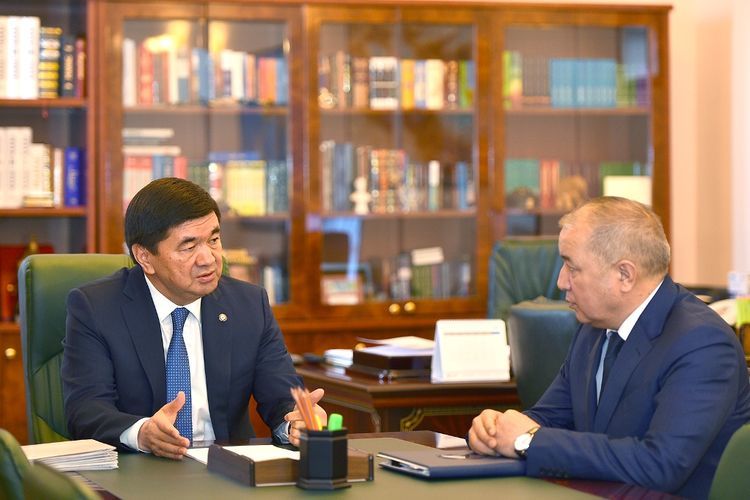 Prime Minister of Kyrgyzstan Mukhammedkaly Abylgaziev raised the issue of checking the property of the former Deputy Head of the State Customs Service Raiymbek Matraimov at a meeting with the head of the State Service for Combatting Economic Crimes Bakir Tairov. The Information Support Department of the Government’s Executive Office reported.

The Prime Minister instructed to speed up the inspection and provide the public with objective and complete information.

During the meeting, the current results of operational activities of the state service and priority plans for the near future were discussed.

Bakir Tairov reported on measures taken to solve economic crimes and combat corruption in the activities of state bodies of the country.

Mukhammedkaly Abylgaziev stressed that in order to achieve the set objectives for minimizing and eradication of corruption, feasible measures should be taken by the State Service for Combatting Economic Crimes, including its territorial divisions.

He paid special attention to countering corruption in the Customs’ bodies and activation of the fight against smuggling and gray imports.