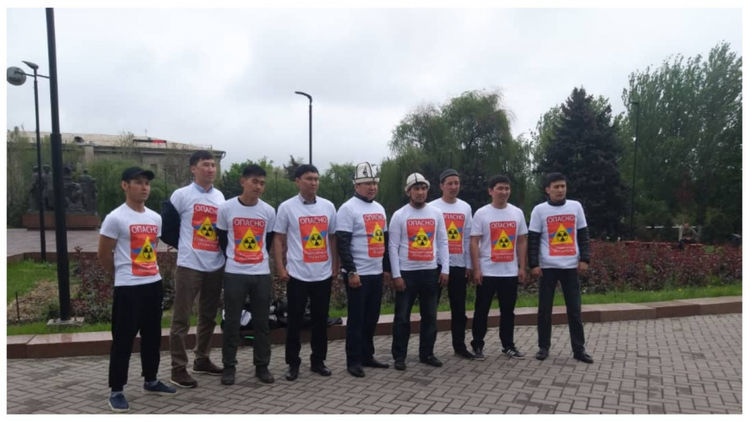 Civil activists held a flash mob «We are against uranium» near the monument to Urkuya Salieva in Bishkek the day before. Organizer of the event was Ak-Zhol Ytymagi Public Foundation.

Director of the foundation told reporters that he did not trust the company that wanted to develop Tash-Bulak uranium deposit in Issyk-Kul region. The activist demanded from the authorities to hold open public hearings in the Parliament on the project with public participation.

Recall, YurAsia company is going to mine uranium a Tash-Bulak deposit of Kyzyl-Ompol group of the uranium-thorianite placers. It is planned to process it at Kara-Balta Mining Plant.