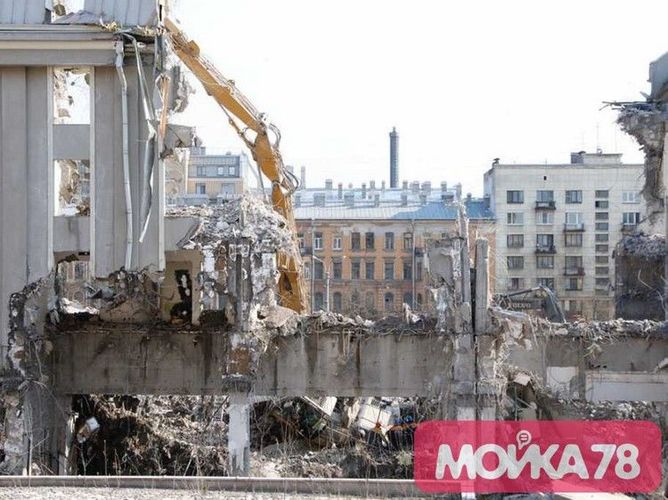 A 37-year-old citizen of Kyrgyzstan died in St. Petersburg (Russia) during demolition of Northern Crown hotel, located on the embankment of Karpovka river. Russian media report.

Yesterday, surface subsided on the territory of the construction site during demolition of the building of Northern Crown hotel. As a result, an excavator turned over, its driver, 37-year-old Kyrgyzstani, was killed at the scene.

A criminal case was opened under the Article «Violation of safety rules during mining, construction or other works» of the Criminal Code of the Russian Federation.

Demolition of the unfinished hotel Northern Crown started at the end of December 2018. Construction of the hotel began in 1988, but it was abandoned due to insufficient funding.