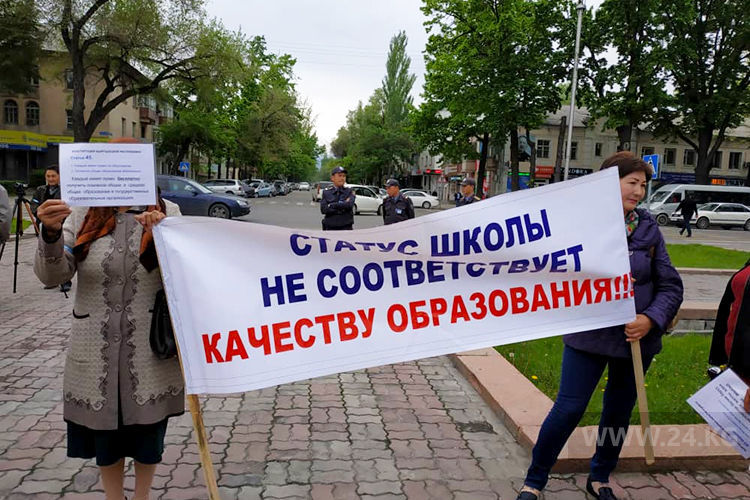 Parents of students of the educational complex — lyceum 1 named after Chingiz Aitmatov in Novopavlovka village hold a rally at the White House in Bishkek. They demand to dismiss the school director, to stop collection of money and to liquidate the fund at the school, which is raising money.

Parent Zhidegul Kozhosheva told that there are 4,500 thousand children at the school, they donate from 500 to 3,000 soms to the school development fund each month. At the same time, 1,300 students are exempted from payment.

According to calculations of parents, about 2 million soms are collected monthly.

«The fund was created by parents for development of the school, improvement of the material and technical condition of the educational institution. But it leaves much to be desired. School desks are not enough for all the students,» she said.

According to her, parents repeatedly demanded a report what the money was spent on, but they were not shown accounting documents. A so-called report, in which all expenses are indicated in almost one line, is hanging in the corridor. 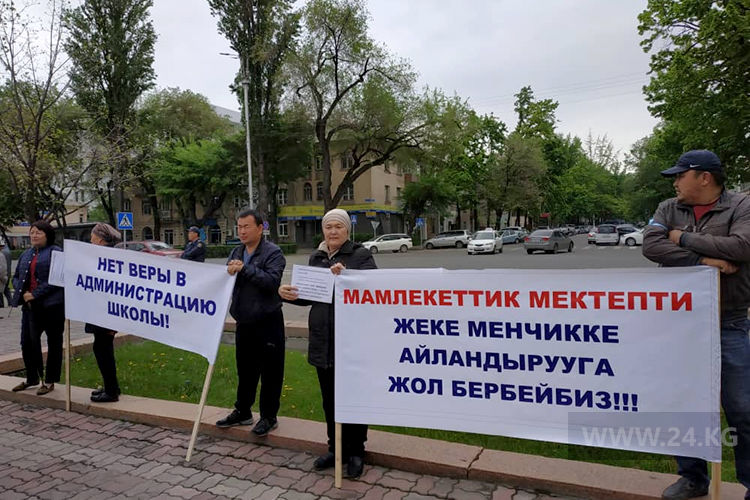 Parents say that the classes are overcrowded, four children sit at one desk in some of them, while at the same time a kindergarten was opened at the school. They added that there is an evening school in the educational institution students of which pay 15,000 soms monthly.

Zhidegul Kozhosheva stressed that initially the parents demanded transparency, and now — liquidation of the fund.

«We have class funds; we’d better pay to them 100-150 soms monthly. Rural administration annually allocates funds for the school, pays for electricity, allocates coal. It is not known what our money is spent on,» she said.

The parent added that the prosecutor’s office was working in the institution, but it was checking spending of public funds. 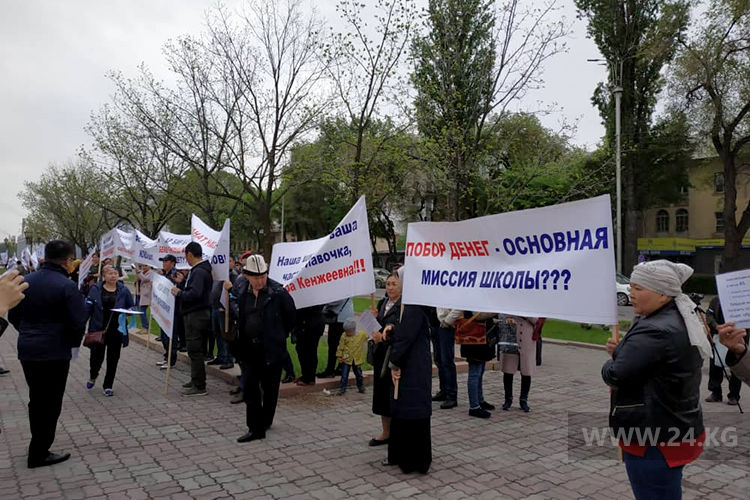 «Our school is considered as innovative, there is even a dance group. It travels abroad, but has never performed at school, they hire other people for holidays,» she said.

It is known that the director of the educational institution Dilyara Abdullaeva is suspended from office.