Suspected of murder of prosecutor placed in temporary detention center

Head of the Municipal Property Department of the mayor’s office of Batken, Melis Kalykov, who is suspected of murder of a prosecutor, was placed in a temporary detention facility. Internal Affairs Department for Batken region informed 24.kg news agency.

One more criminal case was initiated in connection with the murder under the article: violation of the traffic safety and vehicle operation rules of the Criminal Code of the Kyrgyz Republic. 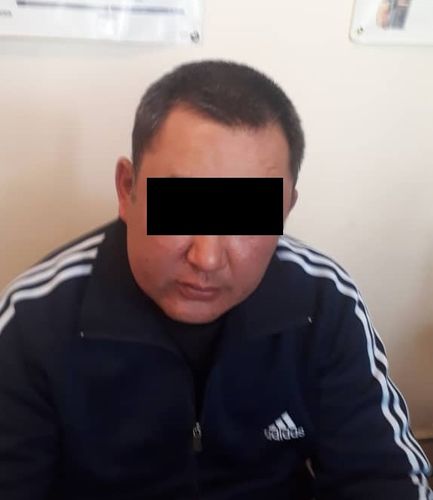 «On November 17, at around 10.10 pm, a Lexus-470 was found in Batken. During and inspection, traces of blood were found in the car. On November 18, at about 6.30 am, body of the prosecutor of Batken region, Anarbai Mamazhakypov, was found with signs of violent death. A criminal case was opened under the article murder as defined in the case «in connection with performance of official activities by an official or fulfillment of public duty», «with particular cruelty», «involving abduction of a person», «with the aim of concealing another crime,» the Department of Internal Affairs for Batken region informed.

Own sources informed 24.kg news agency that Anarbai Mamazhakypov went hunting with the suspect and six other prosecutor’s office employees. Later, a scuffle occurred in the car of the suspect during which the latter killed the prosecutor.