How woman from Kyrgyzstan takes care of migrant workers in Germany

Gulbara Orozova knows best of all how to legally leave for Germany, find a job, get a higher education there and get used to German life. She has been living there for 20 years already. She has headed and coordinated federal and regional pilot projects on the integration of migrants for 15 years.

Now Gulbara heads two companies, one of them supports migrants. She offers services in the field of immigration consulting and German language courses. The company helps with employment in German companies and organizations, with study, also gives advice on launching a legal business in Germany.

This year, Gulbara signed an agreement with the Kyrgyz State Medical Academy and Zamandash Association. It will help our migrants legally find a job, and students — to continue their study in Germany.

— Do compatriots often turn to you for help with settling in Germany? And what do they ask for?

— Two or three compatriots seek advice on migration and job search in a week. Most often these are doctors who want to work in Germany. There are many applications from Kyrgyz doctors working in Russia now. 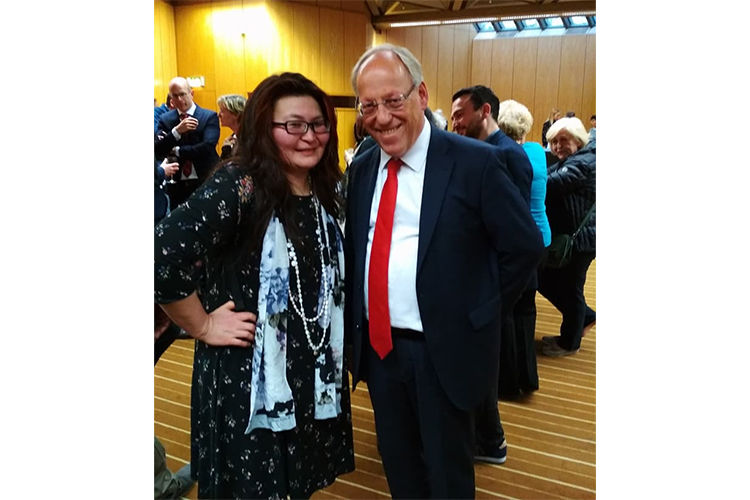 — When and how did you leave for Germany?

— I came here in 1998 at the invitation of German professor Richard Grathoff to participate in a joint research project at the Bielefeld University. Before that, I worked at the Institute of Sociology of the Russian Academy of Sciences and participated in congresses and research projects of the German university. Then I received an invitation from the professor and left with my family.

— So, you already had a job ... And how did the adaptation period pass?

— I feel good in almost every corner of the planet; I am a globally minded person. Therefore, adaptation in Germany passed calmly, too.

Professor Grathoff and new German acquaintances helped me a lot. Even my housemate came with a smile, introduced me to her daughter — age-mate of my son, took me into a group of crawling babies. There I met other young mothers and almost immediately integrated into the classic burgher weekdays. 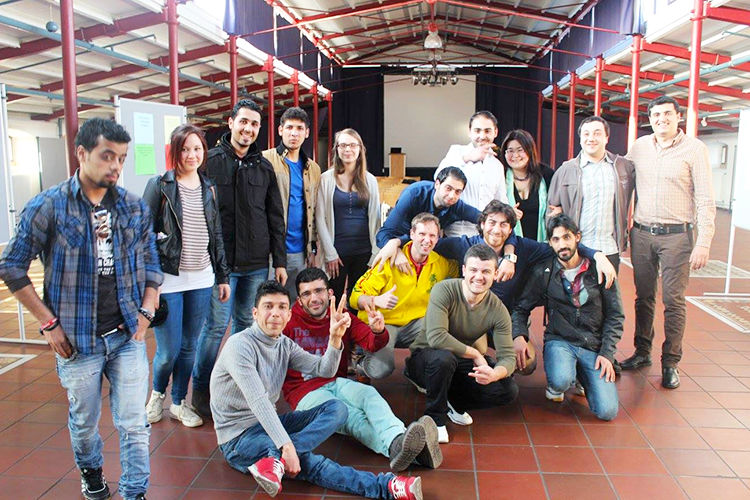 In addition, I had hardiness, because immediately after school I went to study in Moscow. I missed my family very much then. I had lived in Moscow for almost 12 years.

— Did you have problems with acclimatization in Germany after Moscow?

— Germany turned out to be more damp. Bielefeld is a champion in dampness; there are as much rains as in coastal cities thanks to the Teutoburg Forest, which draws all the moisture from the Gulf Stream and Scandinavia to itself. We saw the sun only a couple of weeks for our first 3 summer months in Germany. But there are exceptions. For example, this summer began almost in April and lasted until September. The heat is heavy here, and it is more difficult to endure than the Kyrgyz one. Because of the high humidity you feel like in a sauna.

— Taking into account «Kyrgyz punctuality,» what has changed over the years in your behavior, consciousness, understanding, that is, how much did you become a German?

— I would not generalize the Kyrgyz. I grew up in a very punctual and responsible atmosphere. My mother raised us so that we can organize our time, do not be late and come on time.

It was strange for me when I had to agree a week before in order the children could play together on the street.

Then the schedule of my child was busier than mine. But then the son got a friend from Hungary with who he could meet without prior agreement.

I gradually accustomed my German friends to be spontaneous: I took them out for a walk without prior notice or came to visit them. 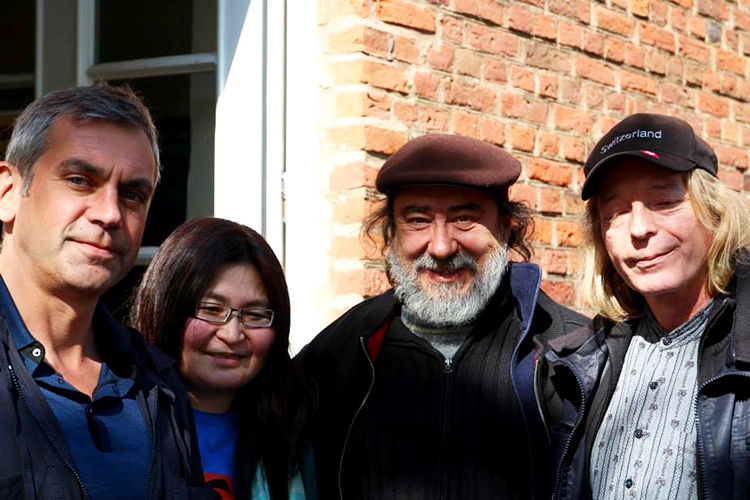 Another interesting point: if you were invited for a coffee, it would be really coffee, maybe even tea and a couple of cookies. Do not wait for a table overloaded with food. I always invite for a dinner, not for coffee.

As you know, German families do not communicate so closely. They only gather for big holidays, such as Christmas or Easter, as well as birthdays. It is hard for the Kyrgyz to understand it.

But the Germans will never understand how several generations can live together in a house.

One of my friends, a German housewife, got divorced at the age of 48 and told her adult daughters that she had enough, they were independent and she would not help anyone. Her daughter, who was in the last months of pregnancy, was shocked. This friend began to study drawing, started to live like she dreamed a couple of decades ago, and was happy. A few people would understand it in Kyrgyzstan.

— Many of our compatriots who have left for Germany under different programs get a higher education. Can you tell about the cost of study?

— My son is also a student. He studies at the University of Bonn. In Germany, higher education in state educational institutions is free, only in high schools of Baden-Württemberg it is paid for foreign students (about €15,000 per semester). I live in North Rhine-Westphalia, education here is free. 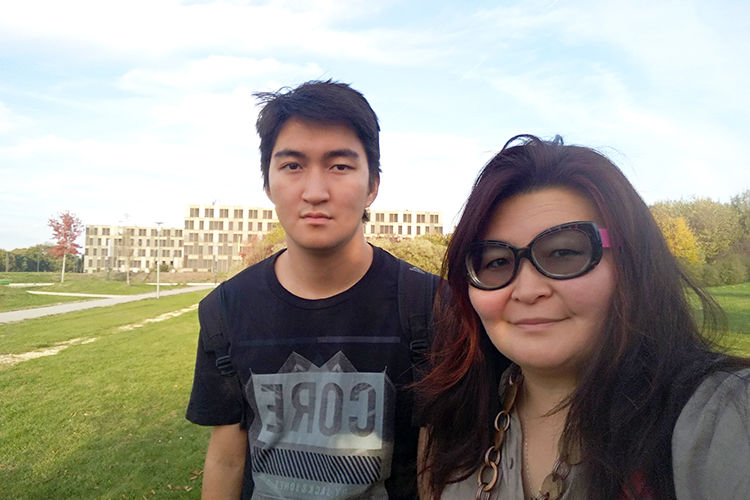 Unfortunately, many people confuse tuition fees with a semester fee. This is about €280-300 per semester, and this fee includes semestrial travel in the city and the surrounding area, where the university is located, and often travel by regional trains. This is a big saving, as travel cards for a month in the city cost more than €60. And one trip around the neighborhood costs about €30. Plus, this fee includes the use of university canteens, where the prices are much lower than in cafes and restaurants, a library and a sports program.

You can enroll into a university if you have graduated from a German pre-university college or after one or two years of study at some Kyrgyz universities. There is a special uni-asist system for submission of documents. You have to check whether your university is listed in the German system on Anabin website.

— Can our compatriots who have graduated from German universities then find a job in their specialty in Germany?

— Our compatriots find work in Germany, even with Kyrgyz and other education, the main thing is that your diploma is accepted and you are a good specialist.

I worked in the university system, NGOs, private firms, although there are a lot of unemployed German sociologists.

It is easier to find a job with a German diploma; after graduation, a one-year visa is issued to look for work in Germany.

— What are areas were the Kyrgyz are employed in Germany? Can we be proud of their achievements?

— Kyrgyzstanis work in different areas, I personally know many surgeons, my friends worked in the economic and management areas.

I know fellow musicians, successful handball players. The most famous Kyrgyz in Germany is Chingiz Aitmatov.

— What do the Kyrgyz migrants invest in while living in Germany?

— As far as I know, many people buy real estate and cars in Germany and Kyrgyzstan. I invested in my businesses, additional education and development.

— What do you miss in Germany?

— I miss my family, high mountains, delicious foods. I cook dishes of Kyrgyz cuisine, but the taste is different. 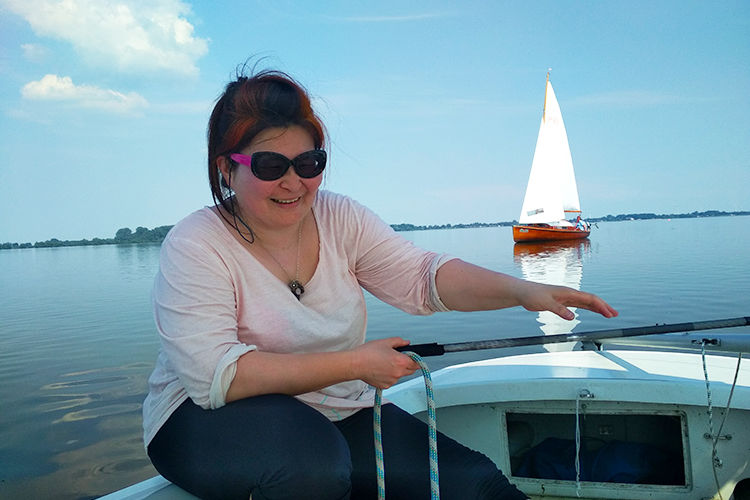 I travel a lot, including regularly visit Kyrgyzstan and swim in Issyk-Kul lake, go for a walk, go hiking, raise my nephews and all the children who are sent to us. You know, close friends are like relatives among the Kyrgyz. I love Kyrgyzstan for it.