President of Ice Hockey Federation was elected in , the press service of the State Agency for Youth, Physical Culture and Sports reported.

According to it, Bishkek hosted a report-elective conference of the federation, the main issue of which was the election of its head. The current president of the Hockey Federation Anvar Omorkanov was nominated for the post. The participants of the conference supported him unanimously.

In addition, 12 members of the executive committee of the Hockey Federation of the and four vice-presidents were elected: Murat Dzhakypov, Elzar Bolotbekov, Asel Abdygulova and Alexander Bondar.

Elections of the president of this federation are held every five years. 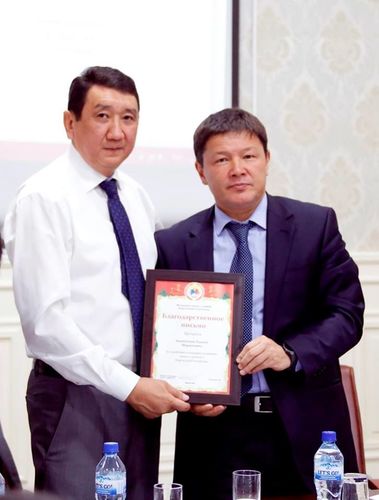 Photo President of the Ice Hockey Federation of the KR Anvar Omorkanov (left) and the Director of the State Agency for Youth, Physical Culture and Sports Kanat Amankulov
link: https://24.kg/english/53520/
views: 546
Print
Popular

Orhan Inandi’s case: The kidnapped was tortured in Bishkek