President of Kyrgyzstan Sadyr Japarov examined the renovated building of the Central Office of the Ministry of Internal Affairs. Press service of the head of state reported.

«The President was shown an international cooperation hall for meetings with official delegations and online conferences. Particular attention was paid to the center of operational control and coordination, through which smart cameras monitor the situation in crowded places online in all regions and cities of the country,» the statement says.

Sadyr Japarov was shown the modernized center of the press service of the Ministry of Internal Affairs and the equipment of the patrol police: weapons, portable radio stations and other special equipment. «Models of new uniforms for district police inspectors in their summer, winter, autumn-spring and everyday variants were demonstrated,» the press service noted.

The head of state laid flowers at the monument to the employees of the internal affairs bodies who died in the line of duty. 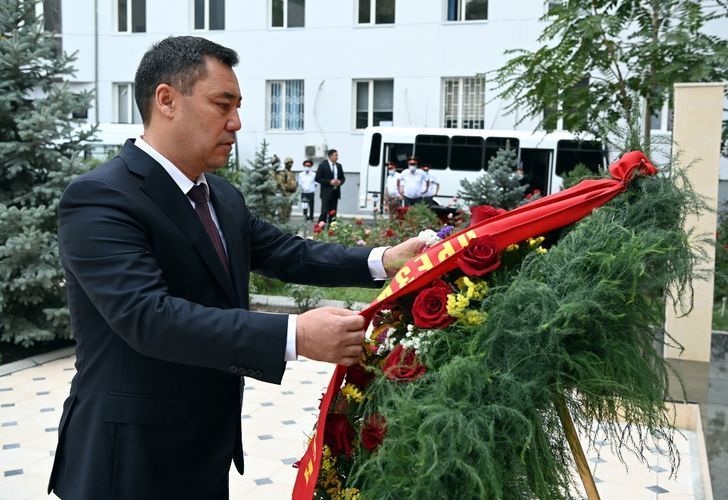