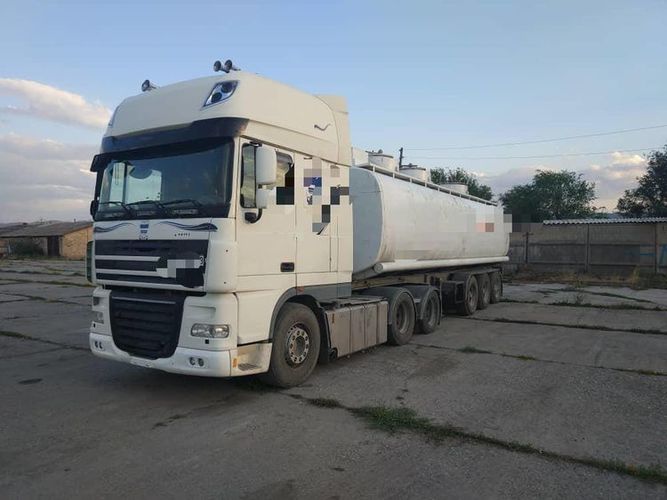 Fact of import of diesel fuel under the guise of heating oil was detected in Kyrgyzstan. The State Service for Combating Economic Crimes reported.

A mobile group detained a DAF truck with a tank filled with fuel and lubricants at Chon-Kapka Avtodorozhny checkpoint in Talas region. According to the documents, the truck was carrying 23 tons of heating oil, but in fact it was diesel fuel.

«The fact was registered under the Article 231 «Evasion of tax and (or) other mandatory payments to the budget» of the Criminal Code of the Kyrgyz Republic. During the pre-trial proceedings, the owner of the truck voluntarily paid excise tax on the import of diesel fuel in the amount of about 50,000 soms. Active measures are currently being taken to detect and prevent illegal turnover of the excisable group of goods throughout the entire territory of Kyrgyzstan,» the State Service for Combating Economic Crimes reported.