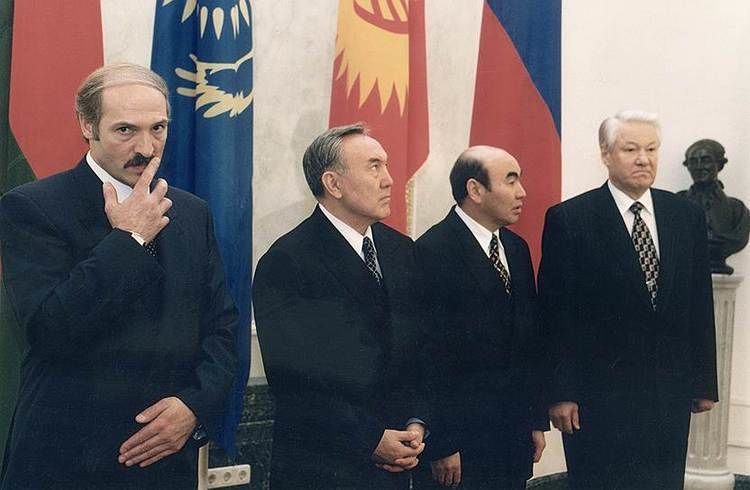 Nursultan Nazarbayev, the former president of Kazakhstan, the leader of the nation and the lifelong Chairman of the republic’s Security Council, may soon get another title. Kommersant newspaper reports.

According to it, at the summit of the Eurasian Economic Union (EEU) on May 29, which is dedicated to the five-year anniversary of the union, Nursultan Nazarbayev is likely to become an Honorary Chairman of the union. Such a decision is being discussed in connection with the fact that it was he who had the idea of ​​creation of EEU, which was then supported by other countries of the post-Soviet space.

The meeting of the Supreme Eurasian Economic Council with the participation of the presidents of Russia, Belarus, Kazakhstan, Kyrgyzstan and Armenia will be held on May 29 in Nur-Sultan.

Such a post does not exist now, therefore the framework of the future powers of Nursultan Nazarbayev is not determined. It is only known that, among other things, he will be able to represent EEU in front of external players. The Deputy Prime Ministers of the EEU countries will discuss in more detail the position of an Honorary Chairman on April 29, and then the heads of government — on April 30.

The final decision will be approved at the jubilee meeting on May 29.

One of Kommersant interlocutors in the structures of EEU explained the logic of the upcoming assignment as follows: «Nursultan Nazarbayev did a lot for Eurasian integration and is able to do a lot more. Therefore, such an idea arose.» Another informed interlocutor of Kommersant added that «the experience and authority of Nazarbayev will be useful for positioning EEU in the international arena.»

It was Nursultan Nazarbayev, speaking at the Moscow State University in 1994, who for the first time expressed the idea that the former parts of one country needed to strengthen economic cooperation for joint development.