Postgraduate student Luise Bechtold from () first came to  in 2010 for the summer school of her scientific supervisor, Dr. Roland Hardenberg, a professor at the University Tubingen.

Traveling around the country, I decided to write my scientific work here. By profession she is an ethnographer. In search of material she went to the remote , Suzak district, Jalal-Abad oblast, where she lived for about a year. The theme of her first scientific work concerned «toys» (celebration in Kyrgyz), the topic of the second — family ties. Luise Bechtold often comes to , fluent in the Kyrgyz language. She shared her impressions about our country with 24.kg news agency.

— What surprised you in Bishkek/ ?

— One aksakal surprised me. When I first arrived in Karamart, I was introduced to him as a scientist from . I offered hand to say hello. He didn’t do the same. It turned out that aksakals don’t shake hands with women.

— What do you miss in the village?

— Communication with peers. Residents of the village, my peers, mostly all are married, and they didn’t have time to communicate with me. That is, I don’t have enough friends.

— And what about cuisine? Probably there is a big difference between the two countries?

— Probably, there was not enough only one product. Cheese. Of course, they have cheese, but served only on toy, and only of one type. And if to tell the truth, here it is not very tasty. In winter, there are not enough fruits. They are very expensive in the bazaar.

— Were there dishes that you didn’t even want to try?

— In the Kyrgyz kitchen I can eat everything. Even all parts of sheep. The only thing that couldn’t eat is its eyes and brains. 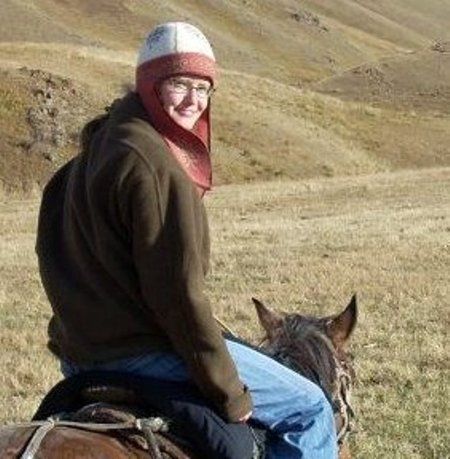 — Probably, safety. In the village everyone knows each other, communicate closely. No one does anything bad.

— Was there a favorite place where you lived? Where did you like to go, to be for a long time?

— Yes, these are adyrs (hills). When my mobile phone had communication fault, I often went out on adyr to reestablish communication. From there the whole village is spread before the eyes, the snow-white peaks of the mountains are far away, and in the evening, when you sit there, you can feel the whole spirit of the village — the endless barking of dogs, the occasional cries of donkeys, the mooing of calves... In the Kyrgyz village there is a real village spirit, its originality, ordered life...

— What was the reverse of the coin for you in the village?

— For example, the form of communication. We, Germans, many things speak directly, openly. And here in the first days of my stay, I accidentally hurt some people, expressing my thoughts openly. People are not used to this.

In time, I, of course, adapted myself, but still I can’t always find the right words to express my opinion, for example, to praise someone or something... It’s difficult for me because I grew up in another environment. It is customary to talk in the village with hints, indirectly. This is unusual for me.

There was one case. I met one teacher at school, talked about ethnography, he told a lot of interesting things, and in general turned out to be a very erudite person.

And then, a week later, when we met at the funeral, he didn’t even say hello to me. It’s unusual to me. Apparently, he was afraid of gossip, because they could say that we know each other. And in the village, I understand, there should be no personal acquaintance between men and women.

— What traditions have surprised you?

— I was impressed with the game ulak tartysh (goat dragging game). Between the villages of Karamart and Ak-Took there is a small mountain plateau in which the inhabitants of the two villages competed in this game. When we with Aichurok apo (the woman in whose house I lived) came to see the game, there were only men.

This brutal game had a brutal prize. Among the TVs, carpets, there was a cage with a living wolf. When I asked about it, I was told that the best player will take it.

Still there were aksakals with broken legs, with scars on their faces, but, despite their age and disability, they played in ulak.

— You said that your second work was about kinship relations of Kyrgyz people. Can you say a few words about it?

We don’t have a generic division. Here it is preserved. The Germans don’t maintain contact with distant relatives. The Kyrgyz have this connection. 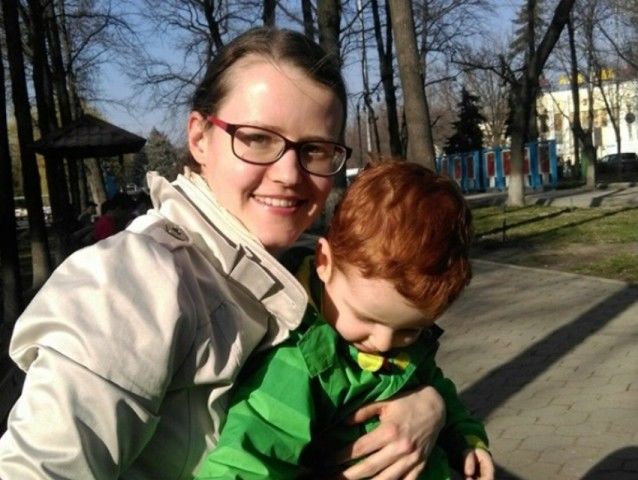 link: https://24.kg/english/60496/
views: 609
Print
Related
Kyrgyzstanis in Germany raise money for fight against coronavirus
Erines Otorbaev relieved of post of Ambassador of Kyrgyzstan to Germany
Internal Affairs Ministry to deal with expulsion of foreigners from Kyrgyzstan
Kyrgyzstan extends green corridor for foreigners
Arrival of foreign specialists in Kyrgyzstan expected in June
Germany to allocate Kyrgyzstan €500,000 for 2020-2021 elections
Germany announces reduction in cooperation with Kyrgyzstan
Government approves algorithm of entry of foreign specialists into Kyrgyzstan
Foreigners to be able to leave Kyrgyzstan without exit visas until May 1
Germany to allocate €500,000 to Kyrgyzstan for fight against coronavirus
Стоимость акций Центерры на бирже в Торонто (TSX)
на 17.09.2020
USD 12,67