Border villages of Leilek. How Kyrgyzstan is losing its land 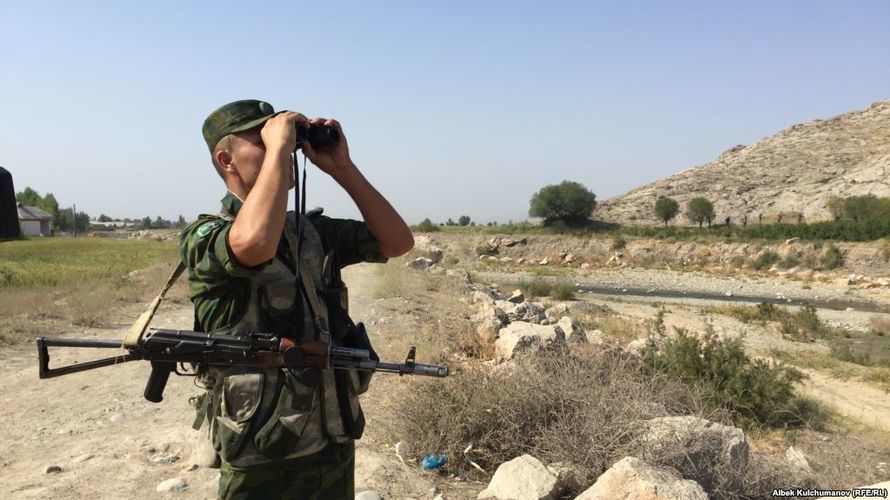 At least 14 villages are located at the border with Tajikistan in Leilek district of Kyrgyzstan. They have similar problems: poor roads, problems with drinking and irrigation water, lack of land for building houses, unemployment and land disputes with neighbors.

The length of the Kyrgyz-Tajik border in Leilek district is more than 310 kilometers.

Living conditions and social status of the population are roughly the same on both sides of the border in Leilek and Gafur (Tajikistan) districts: there is poverty.

14 villages and 34 points for conflict

«At least 106.6 kilometers of the border with Tajikistan have been demarcated, 51 kilometers of them were approved by a special commission. Other 55.25 kilometers are ready for approval. There are 202.9 kilometers left,» head of the district Baimurat Bekmuratov said. 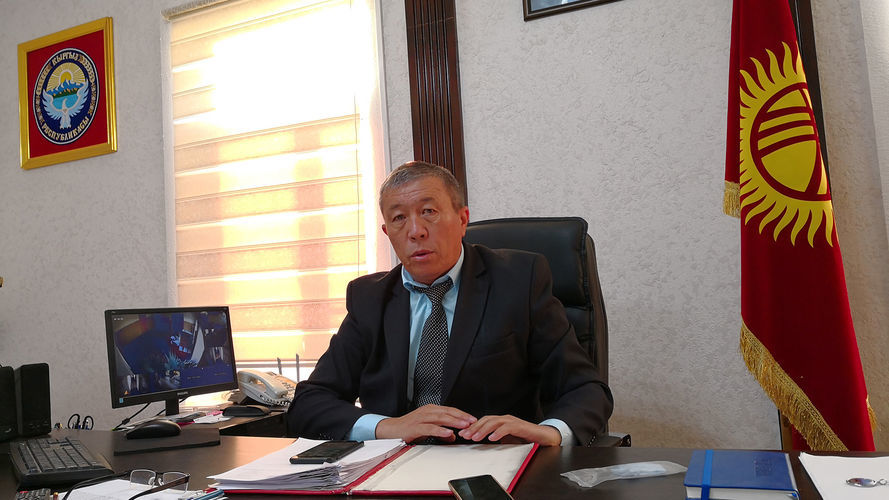 According to him, Tajikistan willingly negotiated during demarcation of the border in the mountainous territories.

«They were demarcated quickly, but when we went down to the plain, to Almabaraz site, the neighbors began to drag out the process. As far as I know, they ask to transfer them 700 hectares of land in Ak-Suu rural area. Kyrgyzstan cannot take such a step, otherwise it will lose the way to Uch-Dobo area. Ak-Suu residents will lose the opportunity to engage in agriculture,» said the head of the district.

There are 34 disputed sections for which one has to fight each time.

An electric substation in Jigdali and a pumping station of Tajikistan, built on the territory of Kyrgyzstan illegally, according to local authorities, are among them.

Khujand-Kanibadam road, Kojobakyrgan pumping canal, a cemetery, a concrete mixing station in Kulundu village, a garden in Sada area, a vineyard are in question.

Kattu-Tuz oil field, according to the agreement signed in the 1980s, was transferred for temporary use to Tajikistan. It should have been returned to Kyrgyzstan in 1992, but it was done only in 2014.

But the republic still has no complete control over it. According to representatives of local authorities, the neighbors continue to operate one well.

Gafur district of Sughd region is the most populated in Tajikistan. At least 340,000 people live on 2,500 square kilometers there. According to the National Statistical Committee of the Republic of Tajikistan, almost two-thirds of the poor live precisely in Sughd and Khatlon regions. There is high unemployment rate. As a result, residents of the district are ready to capture not only irrigated land, but also plots that are poorly suitable for agriculture and construction.

There is a «creeping migration» from Tajikistan. They first plant something on all empty plots, and then begin to build houses.

According to local deputies, the Tajiks captured all the plots, gardens and agricultural land in precisely this way.

For example, some local residents did not even understand how Tajik houses appeared in Myrza-Patcha village. Center of the district currently borders on the Tajik village Korgonchu.

«I remember that there was not a single Tajik. And there is the whole village now. A school was built and a flag was hung right at the road. If you have noticed, the building of the customs post of Kyrgyzstan, which was built back in Soviet times, is now in Tajikistan. It is not even visible behind their houses,» a local resident told.

According to representatives of local authorities, Tajikistan did not allow to repair a section of Isfana -Kulundu road in Myrza-Patcha district. The plot is not demarcated.

Deputies propose taking measures against the invasion of the Tajik citizens. In their opinion, it is urgent to transform the border lands and distribute among those in need for construction of houses.

«Right at the border, we need to build houses, social facilities, connect them to the infrastructure. Measures are to be taken today, since we are losing our territories daily,» said deputies of the local councils of Leilek district.

According to the rural administration, 17,000 families officially are in waiting list for land in the district. Only in Kulunda rural area alone, 1,500 citizens ask for land to build houses. 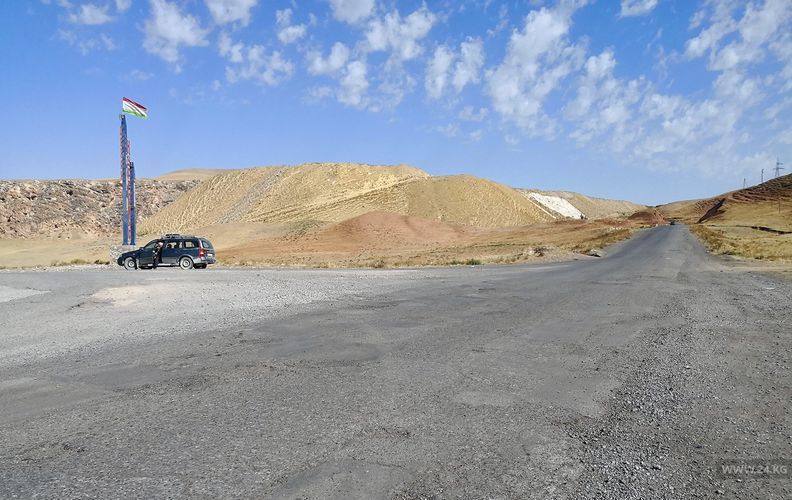 The deputies propose to place border guards and open new checkpoints in the areas where the seizure of territories by citizens of Tajikistan is going on.

Ban on sale of houses to foreigners

Cost of houses in some border villages is equal to Bishkek’s prices. After the conflict in Maksat, the authorities learned that there are houses in the village registered in two countries.

According to head of the district, there are such houses in other villages.

«We don’t know the exact number of houses that have been sold to Tajik citizens. After the purchase, they are somehow registered by the registration service of Tajikistan. And our citizens are just formal owners of such houses. For example, there are 50 such houses in Arka village. We need to create a commission and check each house,» said Baimurat Bekmuratov.

«In Maksat village, a Tajik citizen, who illegally built a house on the territory of Kyrgyzstan, began to fence it right next to the main highway. Who will guarantee that tomorrow they will not say that half of the road belongs to them? The same situation is in Arka village. Citizens of Tajikistan bought houses along Khujand-Kanibadam road separating the two countries and have already moved to Kyrgyzstan,» told Shaiyrbek Orozaliev, a deputy of Kulunda rural council.

Deputies of local councils offer to return the houses sold to Tajik citizens. If an owner wants to keep the house, he must obtain Kyrgyz citizenship.

«House is on the territory of Kyrgyzstan. The state did not sell this land. So they should return the houses,» deputy Saparali Borubaev believes.

Residents of Leilek are most afraid of transformation of the territory into an enclave. As you know, conflicts arise between the residents of Ak-Sai and Vorukh (the Tajik enclave) several times a year. As a result, some block Vorukh — Isfara road, while others — the only road to Leilek — Osh — Isfana highway.

During the spring conflicts in Ak-Sai, the residents of Leilek remained in siege for a couple of days, having lost transport links with the rest of the republic. The local airport is temporarily closed.

«The inhabitants of the two countries are united not only by religion. This is a close history and culture. I think no one wants to conflict over land. Only the negligent attitude of the authorities of our countries to border issues has led the situation to its current state. In the 21st century, we are throwing stones at each other and firing mortars. We want to live in peace and security. Therefore, please, resolve border issues. Our residents do not want to repeat the fate of Jirgital district, which became the territory of Tajikistan, although it originally belonged to Kyrgyzstan. Every meter of land is important to us,» said Saparali Borubaev.

Disputes between Tajikistan and Kyrgyzstan arise due to the use of maps published in different years. Basically, the parties are guided by maps dated 1959 and 1989. According to some reports, Tajikistan tried to present a map of 1924, but having realized that Gorno-Badakhshan territory would be controversial in this case, abandoned the idea.

Sambo wrestler from Kyrgyzstan takes 2nd place at tournament in Belarus
News brief
26 February, Wednesday
16:06
Government of Kyrgyzstan is urged to save women in Syria Government of Kyrgyzstan is urged to save women in Syri...
15:52
People, including Kyrgyzstanis, starving in Al-Hol refugee camp in Syria
15:22
SRS announces tender for purchase of forms for E-passports
14:53
Criminal case on Koi-Tash events sent to court
14:42
Deputies approve judges of Constitutional Chamber
14:33
Father of the UK Prime Minister urges compatriots to visit Kyrgyzstan
14:20
Olympic Games 2020 could be canceled due to coronavirus
13:38
Hajj 2020: Cost of pilgrimage for Kyrgyzstanis repeatedly grows
13:31
Man dies in fire in Kara-Suu district
13:27
Child drowns in irrigation canal in Osh city