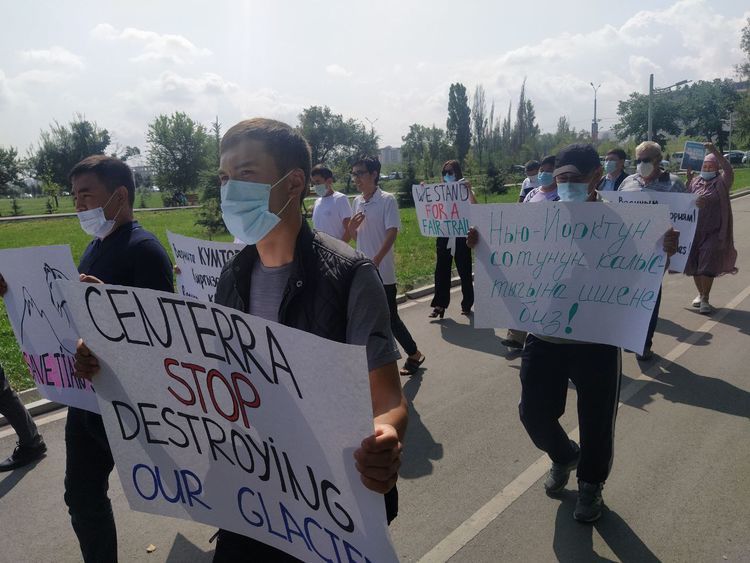 Environmental activists, who gathered in front of the U.S. Embassy in Bishkek, marched peacefully from the diplomatic mission building to Yntymak park.

They recorded a video message to the world community and announced that tomorrow, on August 17, they will continue picket to support Kyrgyzstan and draw attention to the situation around the Kumtor mine.

On May 16, Centerra Gold Inc. initiated arbitration against the government of Kyrgyzstan — after adoption of the law allowing external management at the Kumtor mine.