Kyrgyzstanis won four bronze medals at the International Olympiad in Informatics, which was held in Singapore. Official website of the event reports. 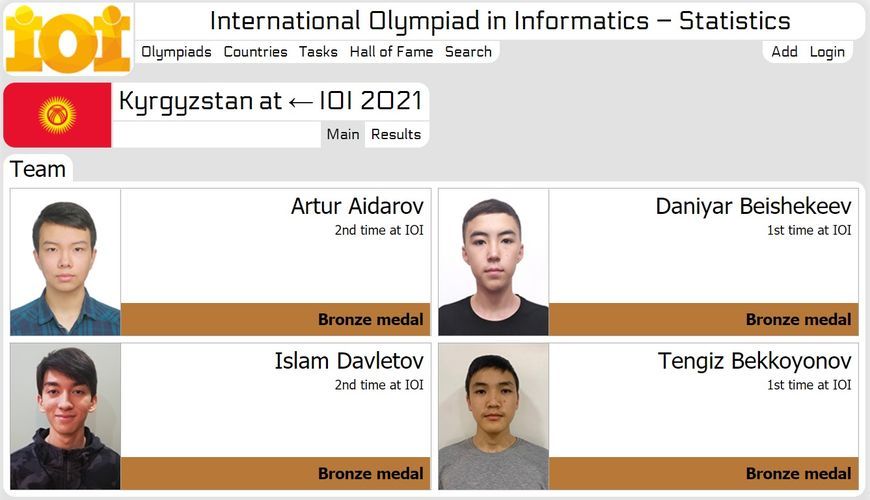 The Olympiad was held online this year, and thanks to this, more than 300 schoolchildren from 88 countries of the world were able to take part in the Olympiad. According to the organizers, this is a record.

According to the rules, a team should consist of four members. Students are usually selected for the national team based on the results of national competitions. The competition is held in two rounds. One round lasts five hours. During this time, three algorithmic problems need to be solved and programmed.