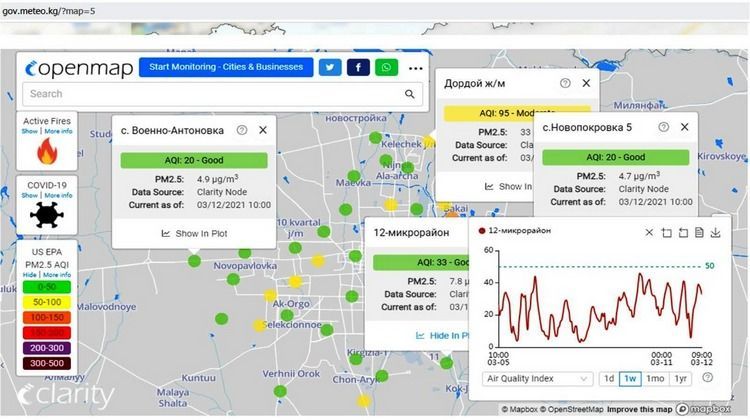 The first electronic map of air quality was launched in Bishkek and its suburbs. The state of the atmosphere in real time can be found on the website of Kyrgyzhydromet under the Ministry of Emergency Situations and Almaty — Bishkek Economic Corridor program.

According to employees of the Emergencies Ministry, the map will show measurements by several parameters at once — the state of particulate matter and the air quality index. All 50 devices installed in various parts of the city are monitored.

This will allow residents of the capital to receive operational data on the ecological state of the city. 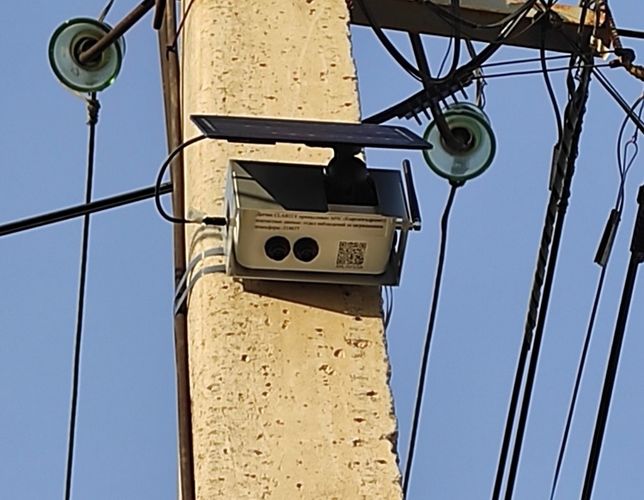 The modern control sensors were acquired by the Asian Development Bank as part of the Almaty — Bishkek Economic Corridor initiative. The equipment was handed over to the Government of Kyrgyzstan in December 2020.

All received data from the sensors are immediately displayed on the interactive map in real time. Before that, they undergo a thorough quality control.