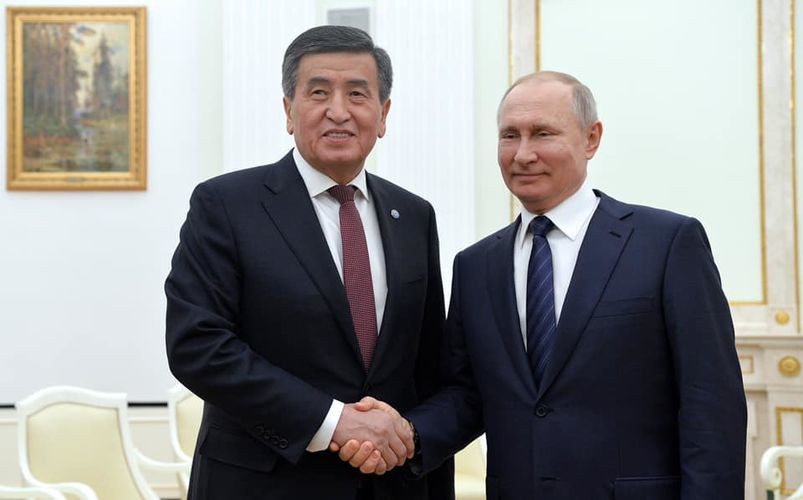 As part of a working visit, the President of Kyrgyzstan Sooronbai Jeenbekov met with the Russian President Vladimir Putin yesterday.

During the meeting, Vladimir Putin recalled that the agreement on holding the Cross-year of Kyrgyzstan in Russia and the Russian Federation in the Kyrgyz Republic was reached in 2019.

«We will open the Cross-year today. More than 200 events at various levels are planned. They will benefit our relations, which are developing progressively in almost all directions. Russia remains a key trade and economic partner for Kyrgyzstan. We always have something to talk about in terms of turnover and investment,» he said.

Sooronbai Jeenbekov, in his turn, noted that cooperation between the two countries has noticeably intensified over the past two years. He recalled that in 2018, during the state visit of Vladimir Putin to the Kyrgyz Republic, a number of documents were signed, which gave a certain impetus to state structures at all levels.

«This year we are preparing to celebrate the 75th anniversary of Victory in the Great Patriotic War together with you. A lot of large-scale events are planned. Russia is a reliable partner of Kyrgyzstan in the EurAsEC. We, Kyrgyzstanis, value our friendly relations,» the head of the Kyrgyz Republic stressed.