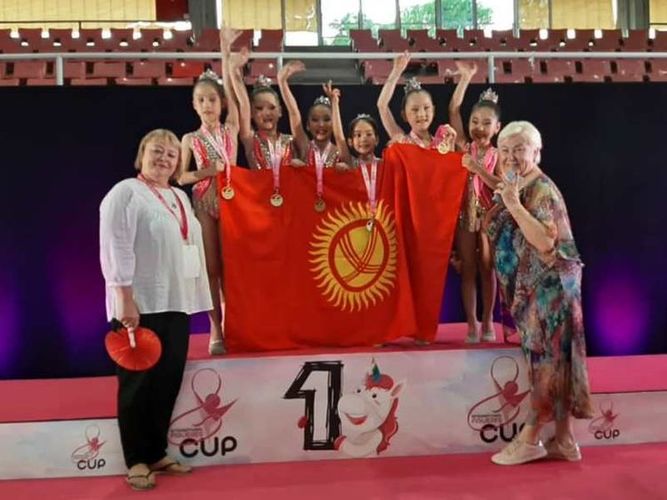 The tournament was attended by more than a thousand athletes from 14 countries. Kyrgyzstan was represented by eight gymnasts headed by a coach Svetlana Moiseeva. They competed in several age groups and types of programs.