Gold of Kyrgyzstan. Why is Kumtor profitable for the country? 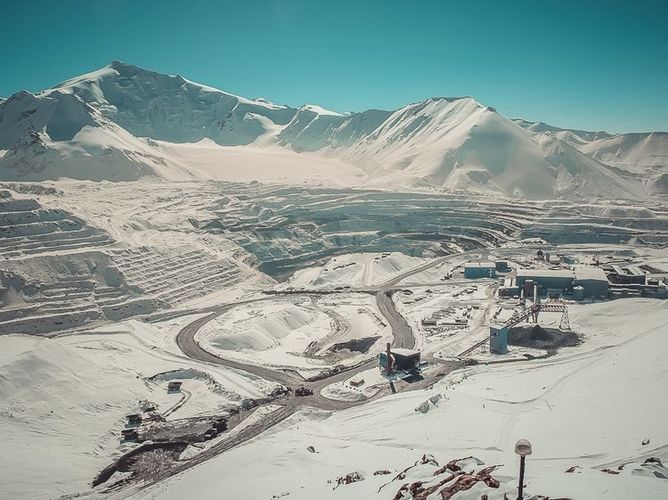 Gold is a flagship of the Kyrgyz economy. And Kumtor mine plays a leading part, both in the structure of GDP and in industry. We studied the statistics in order to understand the benefits of its development for the country.

Growth thanks to two companies

According to the government, the country’s industrial enterprises have manufactured products for 250.6 billion soms in 2018. Compared with 2017, the figure increased by 5.4 percent.

A positive contribution of industrial production to the formation of GDP is estimated at 1 percent, including enterprises developing Kumtor mine. The share of industry in GDP structure was 18.6 percent.

The growth in industrial output is due to the stable operation of Kumtor Gold Company CJSC and the increase in output of the gold processing plant Altynken LLC.

Kumtor successfully completed 2018. Over 534,000 ounces of gold have been produced. The annual production rate of the metal was exceeded by 24,000 ounces. Production volumes at Altynken are also impressive. In 2018, they grew 2.9 times. In addition, growth was due to an increase in the production of precious metals by 4.4 percent.

According to the results of 2018, the total volume of mining in Kyrgyzstan increased by 8.1 percent.

There is gold, there is growth

Due to the fact that mining of ore with a rich gold content started at Kumtor in the fall 2018, a good growth was recorded at the end of the year.

But Kumtor is not only the statistics figures of economic and industrial growth. This is a good salary, and employment of the population of Issyk-Kul region.

As of today, 97 percent of the company’s employees are citizens of Kyrgyzstan. And the share of Kyrgyzstanis is constantly growing. This is due to the gradual replacement of foreign specialists working at the enterprise with local personnel.

Billions of dollars in deductions

Not only the economy, but also the budget of Kyrgyzstan substantially depend on the revenues of Kumtor. Every year, Kumtor Gold Company deducts the tax on gross income and consistently takes its place in top 5 largest taxpayers in the country.

In 2018, payments in Kyrgyzstan (including taxes, fees for refining and payments to local suppliers of goods and services, infrastructure payments, charity, etc.) exceeded $ 301.938 million, or 9,554.9 billion soms.

For the entire period of the mine’s operation, $ 1,192.929 billion have been transferred to the budget of the republic in the form of taxes and customs duties, other $ 209,126 million were transferred to the Social Fund. The Development Fund of Issyk-Kul region received $ 69,945 million.

There are also payments for licenses and permits, environmental payments, purchases in Kyrgyzstan and payments for infrastructure improvements outside the mine.

However, Kumtor Gold Company is not limited to contributing to the economy. A lot of funds are spent on the development of Issyk-Kul region in the form of various projects and contributions to infrastructure. New businesses are also opened at the expense of the company in the region.

«It is very important for us that all the projects and initiatives that Kumtor currently supports to become independent, sustainable and bring profit to local budgets and the region’s population by the end of the company’s operations,» Kumtor Gold Company stressed.

According to the most conservative estimates, about 5,000 new jobs have been created for 12 years in Issyk-Kul region thanks to microcredit agencies.

Financial institutions opened at the expense of KGC funds provide loans on favorable terms and at low interest rates. Their main goal is not to get super profits, but to create conditions for development of the region.