SCNS employees get apartments from president 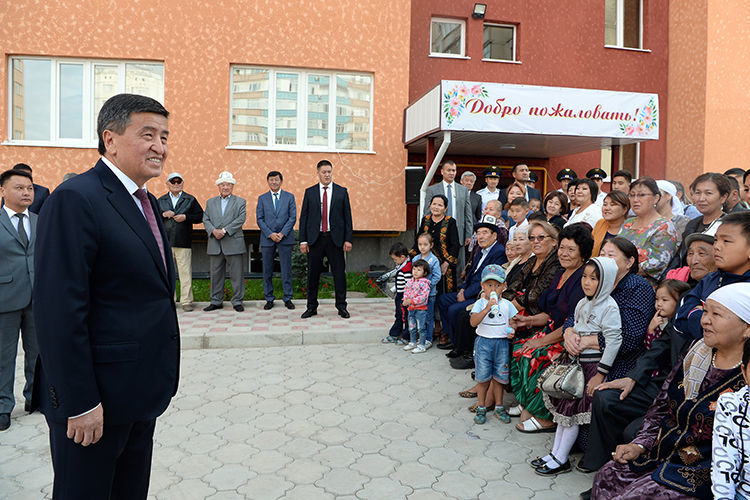 The President of Kyrgyzstan Sooronbai Jeenbekov took part in the opening of a new house for employees of the State Committee for National Security in Bishkek and handed them the keys to the apartments. The presidential press service reported.

According to it, 81 families received the apartments.

The president noted that there were always high requirements to the national security service. "The fight against international terrorism, organized crime, illegal migration, drug trafficking, religious extremism, nationalism and regionalism is your main task. It is necessary to strengthen work in these areas and always be ready for new challenges and threats," said Sooronbai Jeenbekov.

"The activities of the State Security Committee should be aimed at intensifying the fight against corruption in law enforcement and judicial bodies, other state structures. Today, work in security agencies requires not only excellent education, but also patience, strong-willed character. Every employee should show patriotism, honesty and justice," the president said.

Sooronbai Jeenbekov stressed that the social support of the military forces and law enforcement officers would continue.

At least four houses with 216 apartments have been built this year. By the end of the year, it is planned to finish the construction of other 21 houses with 1,245 apartments.

The president inspected the apartments of the new house and once again congratulated the staff of the State Committee for National Security on the Independence Day, wishing good health, long life, success in work and selfless service for the benefit of the Motherland, and handed a certificate for 300,000 soms for construction of a children's playground.