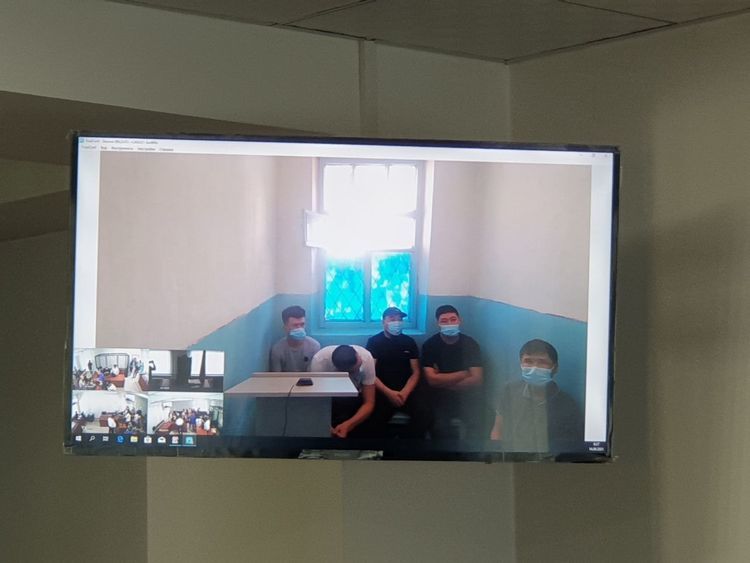 Penal proceedings on abduction of Aizada Kanatbekova ended in the Pervomaisky District Court of Bishkek.

Judge Saltanat Esenkulova read out the verdict, according to which all the defendants were found guilty.

The court recovered 100,000 soms from all the accused as moral and material damage.

Lawyer Asel Rysbayeva said that the victims were satisfied with the court’s verdict.

Aizada Kanatbekova was abducted on April 5. Video of the incident was posted on social media. She and her abductor were found dead two days later. This story shocked the Kyrgyzstanis. They are outraged that the Ministry of Internal Affairs did not draw any conclusions from tragedy of Burulai.

All suspects involved in ala kachuu have been detained. They were charged under the article «Kidnapping» of the Criminal Code of the Kyrgyz Republic.

link: https://24.kg/english/207027/
views: 918
Print
Related
Ala-kachuu: Only 8 out of 59 facts being investigated
German director makes film about ala kachuu
Russia Today films documentary about bride kidnapping in Kyrgyzstan
Two men abduct girl and try to take her to Talas region
Bride kidnapping: Only 3 out of 82 cases reach court in Kyrgyzstan
Bishkek police film another video about ala kachuu, remind about punishment
26-year-old girl abducted in Lebedinovka village
Improvement of criminal legislation: Punishment for ala kachuu to be toughened
Suspect in abduction of girl for marriage in center of Bishkek detained
Another rally for resignation of Interior Minister takes place in Bishkek
Popular