A 32-year-old Kyrgyzstani, who has been hiding from investigation for 13 years, was detained in Moscow. The press service of the Ministry of Internal Affairs of Kyrgyzstan reported. Moscow colleagues helped the Kyrgyz police to track down and detain the murder suspect.

«On October 9, 2007, young guys beat a local resident in Kenesh village, Bazar-Korgon district out of hooligan motives. The victim died at the scene of the attack. A criminal case was opened on the murder. The suspect, 32, fled from the investigation and was put on the international wanted list,» the Interior Ministry said. 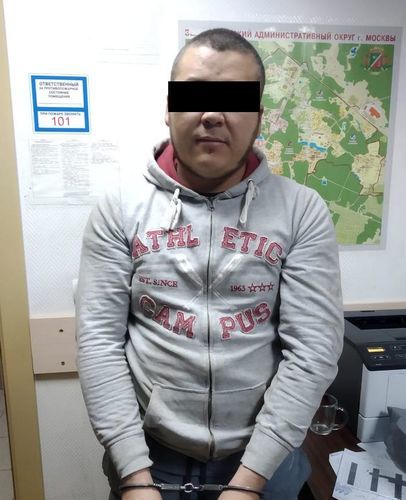 The wanted person was detained on November 17 with the support of criminal investigation officers and officers of the Department of Internal Affairs of Zelenograd administrative district of Moscow. The detainee was placed in a temporary detention facility. The issue of his extradition to Kyrgyzstan is being resolved. It is noted that he had been staying in the territory of Russia illegally all this time.
link: https://24.kg/english/173751/
views: 514
Print
Related
Kyrgyzstani attempts to commit suicide in St. Petersburg
First wave of COVID-19: Ten million soms spent on Kyrgyzstanis in Russia
Employers in Russia owe migrants from Kyrgyzstan 100 million rubles
22-year-old pedophile extradited from Russia to Kyrgyzstan
Russia opens borders for additional foreign workers
Mass brawl in Moscow: Two citizens of Kyrgyzstan convicted
Migrants in Russia to get free medical care in case of infection with COVID-19
Kyrgyzstani sentenced to 12 months in prison in Russia for Kamaz theft
Migrants from Kyrgyzstan to be tested for HIV, COVID-19 for free in Russia
SCNS Chairman Kamchybek Tashiev meets with migrants in Moscow
Стоимость акций Центерры на бирже в Торонто (TSX)
на 27.11.2020
USD 9,38