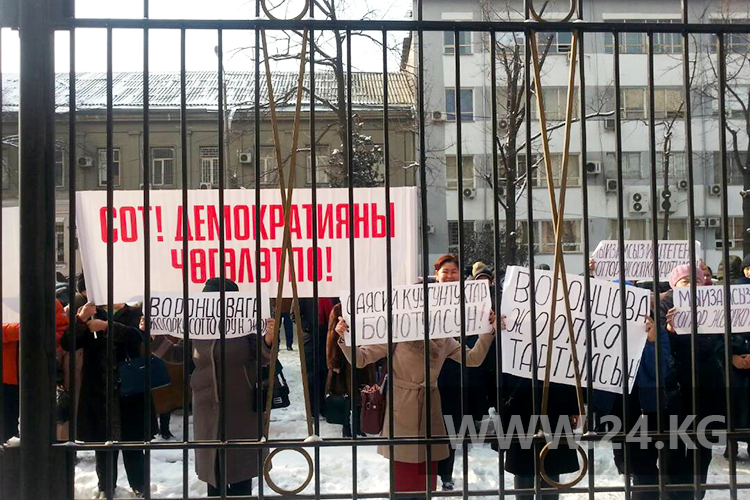 Supporters of the ex-Minister of Justice, deputy of Parliament, Aida Salyanova are holding a rally at the Bishkek City Court building. They do not agree with the verdict of the second instance court. The participants chant: «Shame, shame!»

The court today upheld the verdict of the Leninsky District Court, which sentenced Aida Salyanova to five years in prison with confiscation of property. The decision will come into force in 12 years, when her youngest daughter turns 14.

Aida Salyanova was charged with abuse of office. According to the investigation, in 2010, being the Minister of Justice, she illegally renewed lawyer’s license to Aleksey Eliseev.