Books of the Kyrgyz writer Chingiz Aitmatov were presented in Islamabad (Pakistan). Press service of the Foreign Affairs Ministry reported.

Such stories as «Jamila», «Farewell, Gyulsary» and «Spotted Dog, Running by the Edge of the Sea» were translated into Urdu and published by the Academy of Literature of Pakistan on the initiative of the Embassy of Kyrgyzstan. 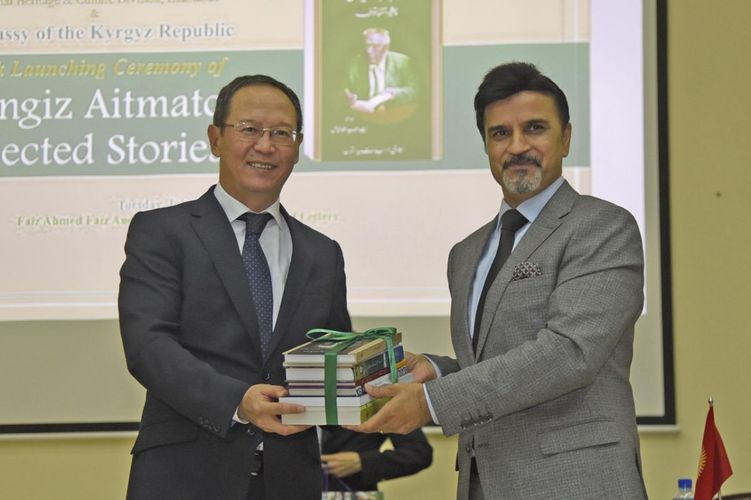 The event was attended by writers, scientists, representatives of the diplomatic corps and the media.

The Ambassador of Kyrgyzstan Erik Beishembiev noted in his speech that the presentation of Chingiz Aitmatov’s books took place in the year of the 30th anniversary of Kyrgyzstan’s independence, and told about the main stages of the country’s development, informed about the life path and rich literary heritage of Chingiz Aitmatov, whose works have been translated into 176 languages.

A documentary film about the great Kyrgyz writer was also screened, a photo exhibition was organized and travel booklets were published.