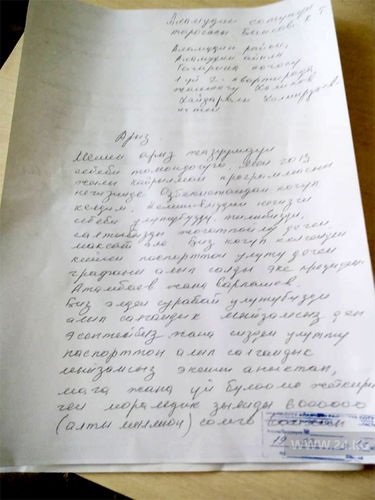 In the statement of claim, he indicated that his family moved to Kyrgyzstan from Uzbekistan and obtained citizenship in 2013 under Kairylman program.

«We would like to preserve our nationality. But Atambayev and Sarpashev removed the nationality column from the passports. It’s illegal. Acknowledge this, please,» Haidarali Khalikov explained.

He estimated the damage to his family at 6 million soms. The lawsuit was filed to Alamedin District Court.

Earlier, the former member of Parliament Ahmatbek Keldibekov, Prosecutor General Azimbek Beknazarov and the head of the State Committee for National Security Keneshbek Duishebaev filed a lawsuit against the former president of the country. Former high-ranking officials were outraged by Almazbek Atambayev’s interview with a television channel, in which he spoke out in their address.