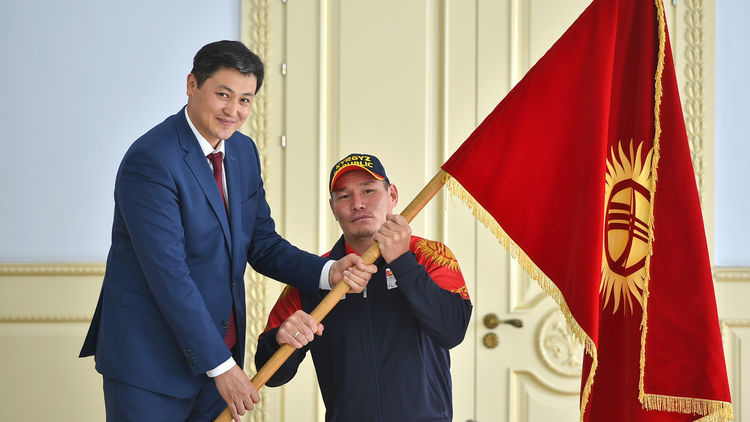 «Sport unites people, strengthens the spirit and helps to overcome any obstacles. By your sports results, you have proven that you can overcome all difficulties; by your personal example, you have shown what the force of will and striving for a set goal are. All people of Kyrgyzstan will be rooting for you at the upcoming Paralympic Games. I wish you success,» the head of the Cabinet of Ministers noted and handed the flag of the Kyrgyz Republic to a member of the national team Arystanbek Bazarkulov.