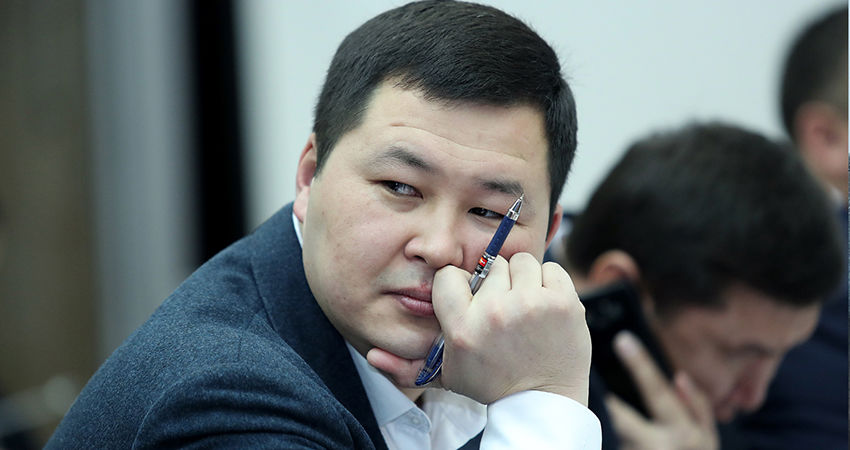 Akylbek Zhamangulov was appointed the head of mobile operator MegaCom. He turned 30 today.

In 2015, he became a deputy of the Parliament from the political party Respublika — Ata Jurt. Prior to that, he was actively engaged in entrepreneurial activities, although he did not give up the business even being a parliament member.

Judging by his biographical background, Akylbek Zhamangulov began his career in 2003 as a specialist at Balykchy Distillery Kok-Oirok. In 2005-2006, he worked as a specialist for attracting clients at Alfa Sheersfield Audit LLC.

From 2011 to 2013, Akylbek Zhamangulov was the Member of the Board of Manas International Airport OJSC.

A year before he became the deputy, he worked as Executive Director for Kemin Cement Plant ZETH Cement and Deputy General Director for General Affairs at Shanfeng ZET Cement LLC.

Akylbek Zhamangulov is still a Director of Gold King Plus. He is registered as a founder of Ross Alco Trade LLC.

The founder of Gold King Plus is Poleva Elena Vladimirovna. She also established a company with foreign participation Gefest Logic.

It is not surprising that Akylbek Zhamangulov began his career at a distillery. His father initially worked as a director of the State Alcohol Beverages Inspection, and after a decree of the then president Kurmanbek Bakiyev he was appointed director of the State Agency for the Production, Storage and Sale of Alcohol and Alcohol Products.