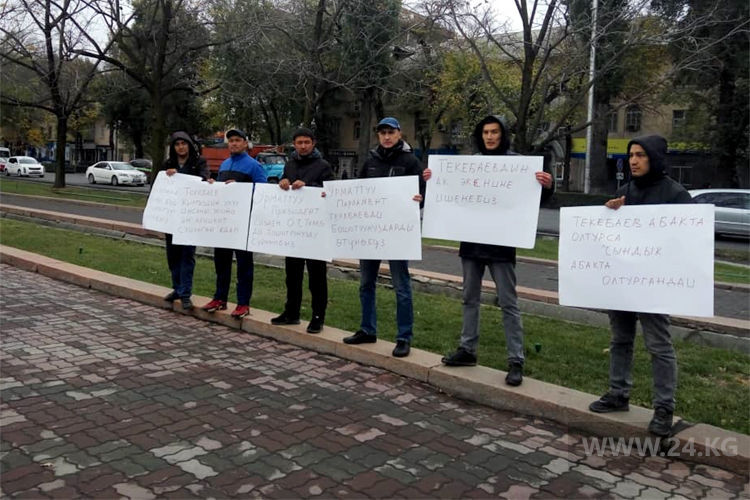 A group of people holds a rally in support of ex-deputy of the Parliament Omurbek Tekebayev in front of the White House. Protesters demand to release him.

As one of the participants of the protest Bakyt Baidyldayev told 24.kg news agency, the protesters are not representatives of any party.

«We waited a long time for him to be released. A patriot should not be in prison. The youth decided to hold the rally in his support. He needs to be released. If Tekebayev is in prison, it is like we all are behind the bars, as if the truth is in jail,» he said.

The situation near the White House is monitored by the law enforcement officers.