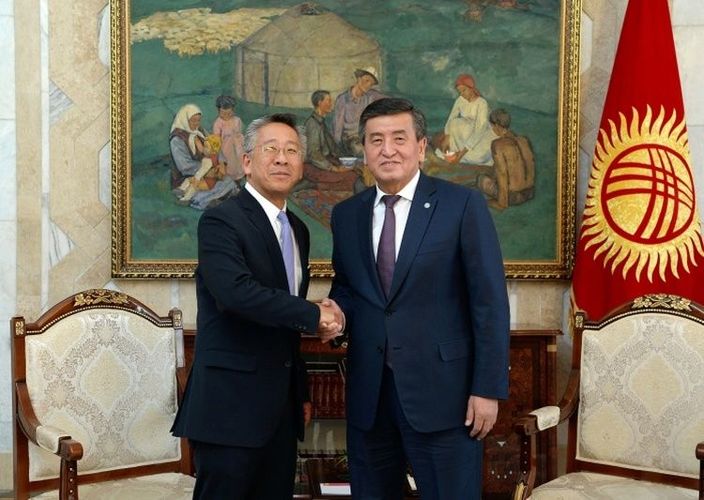 The President of Kyrgyzstan Sooronbai Jeenbekov received credentials from the Ambassadors of Korea, Qatar, the United States of America, Pakistan, Chile, Argentina, Zambia and the Permanent Representative of the European Union to Kyrgyzstan. The Information Policy Department of the Presidential Administration reported.

Sooronbai Jeenbekov congratulated the ambassadors on the start of diplomatic activity in Kyrgyzstan and expressed confidence that they would make every effort to bring the countries together and develop bilateral relations.

The President stressed that Kyrgyzstan was interested in deepening and further development of relations with each of the countries.

The post of U.S. ambassador to Kyrgyzstan was vacant for a year after Sheila Gwaltney unexpectedly left it in August 2017. In early September 2018, the U.S. Senate approved the candidacy of Donald Lu proposed by the President Donald Trump for the position of new ambassador to the Kyrgyz Republic.