New Ombudsman about criticism, journalists, NGOs and his promises 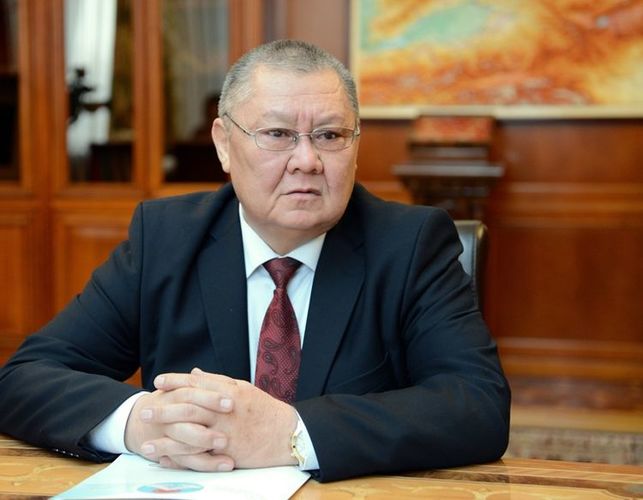 The new Ombudsman of Kyrgyzstan Tokon Mamytov does not have nightmares because of criticism, he does not take it seriously. He stated this to 24.kg news agency.

According to him, he does not consider statements like: «general of the State Committee for National Security, who put everyone in prison» as constructive criticism.

What kind of criticism is this? Ombudsmen in Kazakhstan, Uzbekistan, Russia are the former judges, prosecutors. And why can not I become an ombudsman? People criticize everyone, even heads of state.

The ombudsman assures that no one advised him to try himself as an ombudsman, he applied on his own initiative. «I am ready to work openly, and with everybody: journalists, human rights activists, law enforcement agencies,» said Tokon Mamytov.

The civil activists spoke out against the election of the 64-year-old former security officer for the post of the main human rights defender of the country on the social networking sites. But Tokon Mamytov was not embarrassed by such a reaction.

«10-15 people are not all civil society, and we should not believe that civil society is based exclusively on NGOs. But once again, I am ready to cooperate with everyone. And I am ready to accept aid and to help by myself,» said Tokon Mamytov.

The ombudsman admitted that he did not know yet what he would begin with. He said that he had to get acquainted with the structure of the ombudsman’s institute.

«The ombudsman must stand guard over human rights, and I am ready to deal with violations and suppress them,» Tokon Mamytov stressed.

Answering the questions whether the newly elected ombudsman knew what he should do and what he intended to prioritize, Tokon Mamytov advised to study his program carefully.

«I said everything yesterday. Attention should be paid to the rights of women who are subject to domestic violence. We must eradicate torture, to defend the rights of migrants — our citizens who are abroad. They get the status of migrants in another country, we must bear in mind that they are citizens of our country. It is necessary to raise the status of returnees, their number is growing. All together — the ombudsman’s office, the government, as well as the Parliament — should deal with this issue,» the ombudsman quoted excerpts from his program and added that his statements would not be declarative.

It is necessary to defend the rights of citizens who are in prisons abroad. It is important to develop legal literacy. There are more than 10,000 such citizens. Their statements must be responded necessarily.

Recall, Kubat Otorbaev resigned from the post of ombudsman on June 26. According to him, he made the decision deliberately and without any pressure from the outside.