Presidential Administration asks not to spread information about drunk official 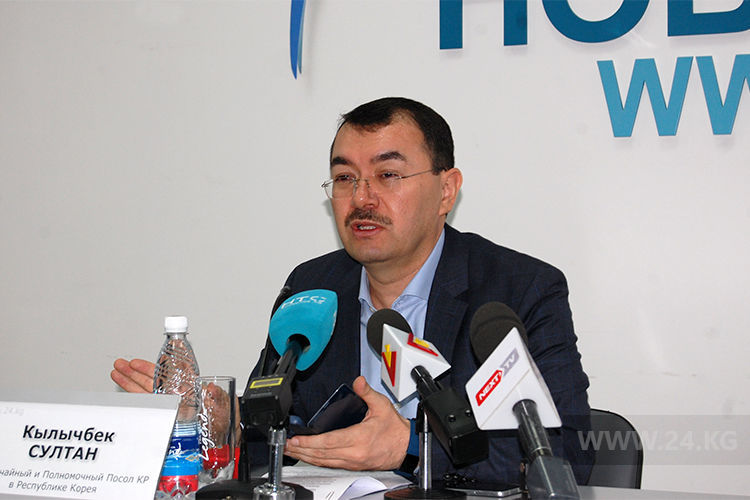 The Presidential Administration of Kyrgyzstan asked not to spread information about the incident at Incheon Airport (Seoul, Republic of Korea). The Ambassador Extraordinary and Plenipotentiary of the Kyrgyz Republic to Korea, Kylychbek Sultan, told at a press conference in 24.kg news agency.

According to him, the diplomatic mission in the Republic of Korea received a call from the presidential administration with instructions not to spread information about the drunk in-flight brawl of the Deputy Minister of Labor and Social Development Zuurakan Kadenova.

«But we decided that we would not take responsibility for ourselves, and openly provided information,» Kylychbek Sultan noted.

The ambassador told that Zuurakan Kadenova was drunk and could not stand on her feet.

We attached the acts to the report, where several people said that she was not able to fly by plane.

«When our consul arrived at the airport, Zuurakan Kadenova stood with two policemen, representatives of the airport. The deputy minister staggered, and a strong smell of alcohol came from her. Her clothes were dirty. She behaved aggressively. If she was an ordinary citizen, she would simply be left at the airport, but embassy officials were called because of her diplomatic passport,» the diplomat told.
link: https://24.kg/english/96904/
views: 359
Print
Related
Prime Minister comments on scandal with Deputy Minister of Social Development
Ex-Deputy Minister had no right to use diplomatic passport during leave
Taalaikul Isakunova refuses to comment on incident with her assistant
Air Astana comments on incident with Zuurakan Kadenova
Popular