Kubanychbek Kulmatov illegally became a citizen of Kyrgyzstan. Press center of the State Committee for National Security of the Kyrgyz Republic reported.

On June 14, the State Committee for National Security initiated a criminal case against Kubanychbek Kulmatov and other persons on the elements of crime provided for in articles counterfeiting, manufacture, sale or use of forged documents, state awards, stamps, seals, forms and illegal crossing of the state border of the Criminal Code of the Kyrgyz Republic. 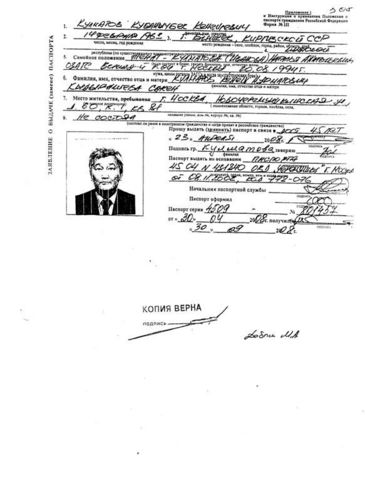 In 2008, after reaching the age of 45, he exchanged it for a new passport of a Russian citizen. At that time, he was the first deputy chairman of the Customs Service of the Kyrgyz Republic.