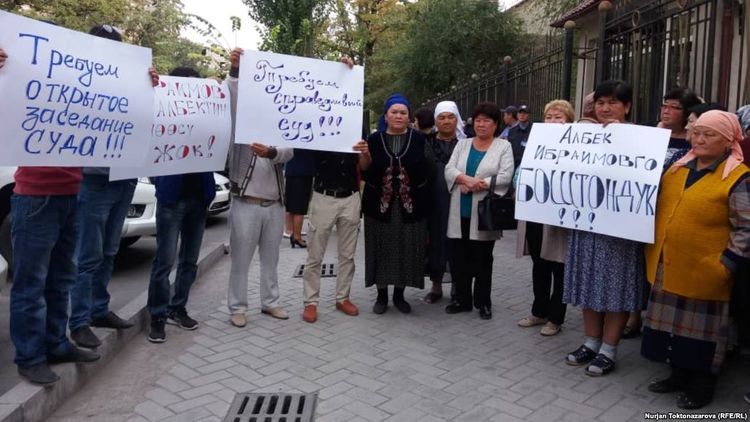 About 80 relatives and supporters of the arrested ex-mayor of the capital Albek Ibraimov gathered near the building of the city court in Bishkek. They demand to release him from the pretrial detention center and conduct an open and fair trial.

The judiciary board should consider the complaint of lawyer Sergei Slesarev about the extension of preventive measure to Albek Ibraimov today.

The ex-mayor of Bishkek was detained on the fact of misappropriation and embezzlement of property of TNC Dastan JSC by purchasing special products at an overestimated price. He was charged with corruption.

In addition, according to investigators, he organized a criminal scheme with other officials of the city administration to illegally withdraw municipal land located in the southern zone of Bishkek.