President of Kyrgyzstan participates in cleanup in Botanical Garden 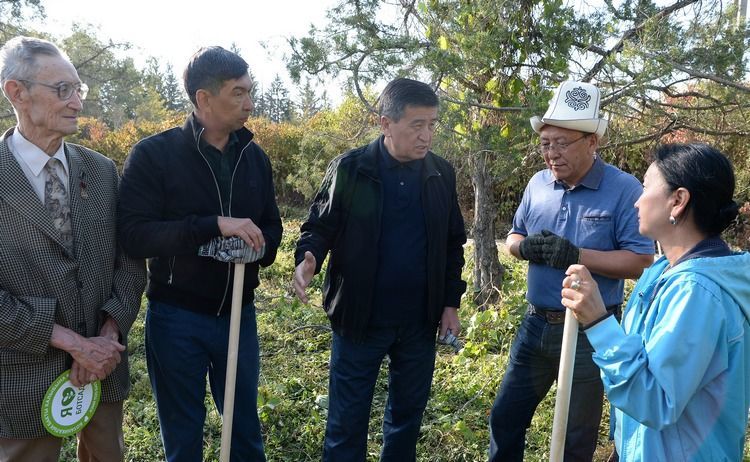 The President of Kyrgyzstan Sooronbai Jeenbekov participated in a cleanup in Gareev Botanical Garden in Bishkek on the World Cleanup Day. The press service of the head of state reported.

Sooronbai Jeenbekov, along with the staff of the Presidential Administration, cleared the garden of the deadwood. Volunteers of Eco Demi Public Foundation joined in the work.

Upon completion of the cleanup, the president got acquainted with the state of the garden. Gulaiym Donbaeva, acting director of the Botanical Garden, and Aziz Surakmatov, the mayor of Bishkek, told about the plans on its reconstruction to the head of state.