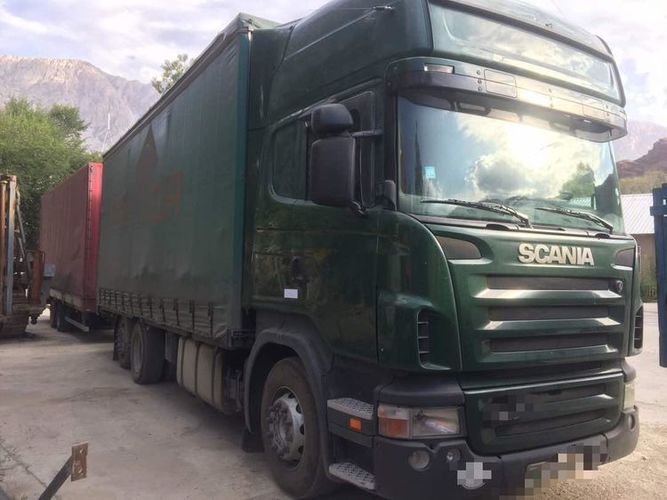 The State Service for Combating Economic Crimes of Kyrgyzstan has revealed another fact of smuggling of Scania R420 truck. The press service of the financial police informed 24.kg news agency.

The truck was reportedly brought to Kyrgyzstan without payment of customs duties with the help of the previously detected corruption scheme. Scania R420 with a trailer Mono Transservice was detained on August 28 at Kara-Kul customs checkpoint.

According to the calculations of the State Customs Service, the state suffered damage in the amount of more than 1 million soms.

On September 5, in the framework of the criminal case under investigation, customs duties in the amount of 1,231,037 soms were paid in full.

«The State Service for Combating Economic Crimes pays attention to the fact that according to the law, a person is not held criminally liable in case of voluntary payment of customs duties, including fines and penalties. At the same time, the customs declaring procedure of the goods is carried out,» the state service commented.