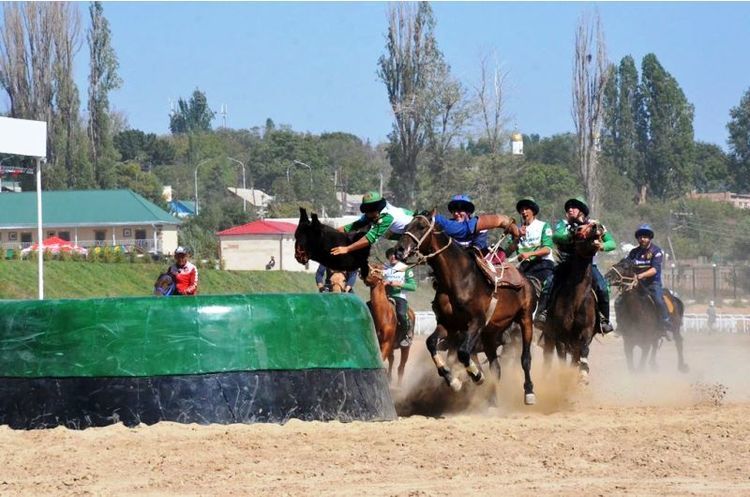 National teams of the United States of America and France started their participation in kok-boru tournament within the 3rd World Nomad Games.

The tournament is held at Cholpon-Ata hippodrome. The team of the Kyrgyz Republic defeated Mongolia with a record score 29: 5 in A group. Later, the Mongols defeated the representatives of Altai — 1: 0. In B group, the team from Moscow defeated Afghanistan — 7: 2.

In group C, the team from Krasnoyarsk defeated the U.S. team — 18: 3. The Americans are participating in the WNG for the second time. Bashkortostan lost to Uzbekistan — 19: 1 in D group. Later, the Bashkirs defeated the Frenchmen — 2: 0. The national team of France came to WNG for the first time.