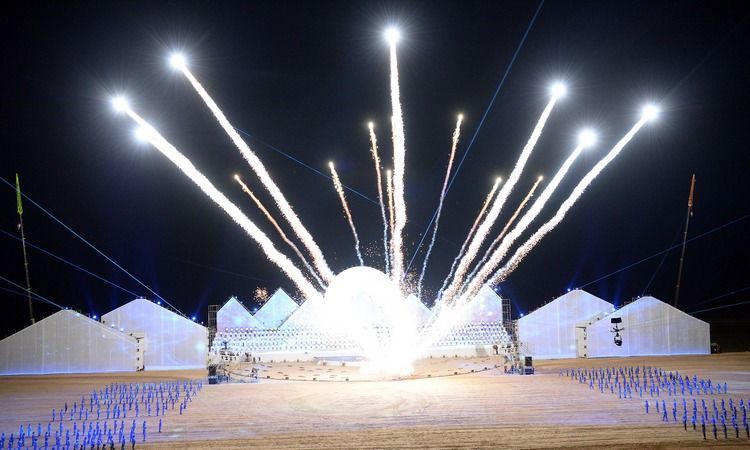 The opening ceremony of the 3rd World Nomad Games took place in Issyk-Kul region. The authors named it Tree of Life.

At least 1,500 circus, theater and ballet performers, stuntman and musicians participated in the theatrical show with the use of the latest technologies at the hippodrome in Cholpon-Ata. The performance told about the philosophy of the nomads, linking the idea of ​​a worldwide nomadic life with the unique legacy of the Kyrgyz — the Manas epic and the work of the writer Chyngiz Aitmatov.

The theatrical show at the hippodrome lasted about an hour. Author music, pyrotechnics, light and 3D effects were used for it.

The national team of Kyrgyzstan closed the parade of participants of the Games. For the first time, well-known acting athletes of Kyrgyzstan, such as the champion of Asian Games 2018 Darya Maslova, prize-winners Aisuluu Tynybekova, Akzhol Makhmudov, Izzat Artykov, and the Olympic champion Kanybek Osmonaliev, prize winners of the Olympic Games Kanatbek Begaliev and Ruslan Tyumenbaev marched together as a team of Kyrgyzstan.

The World Nomad Games will end on September 8. The next — the fourth in a row — will be held for the first time outside of Kyrgyzstan — in Turkey.