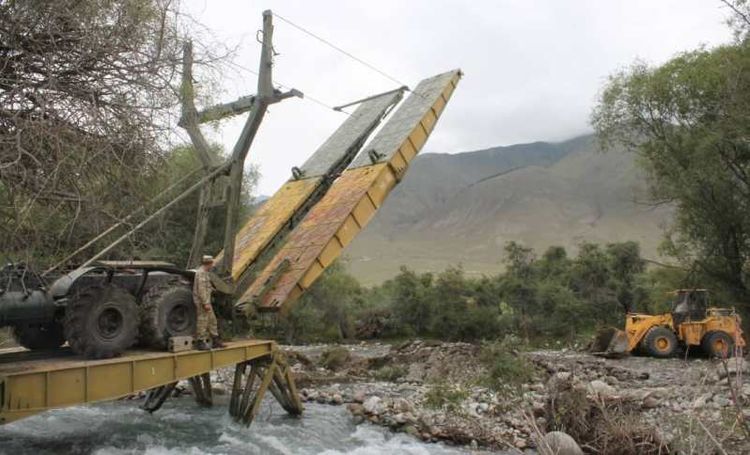 In order to protect public facilities and the outer perimeter of the Games area and to ensure public order, the General Staff of the Armed Forces of the Kyrgyz Republic has allocated 1,000 people. Engineering units provide active assistance in equipping the infrastructure of the venues for the Games.

Military engineers of the military units 73809 and 20636 of the Ground Forces, despite the complexity of the terrain and the rapid flow of the river, installed a bridge in Kyrchyn ethnic camp. It can pass wheeled and caterpillar vehicles with a load of up to 60 tons.