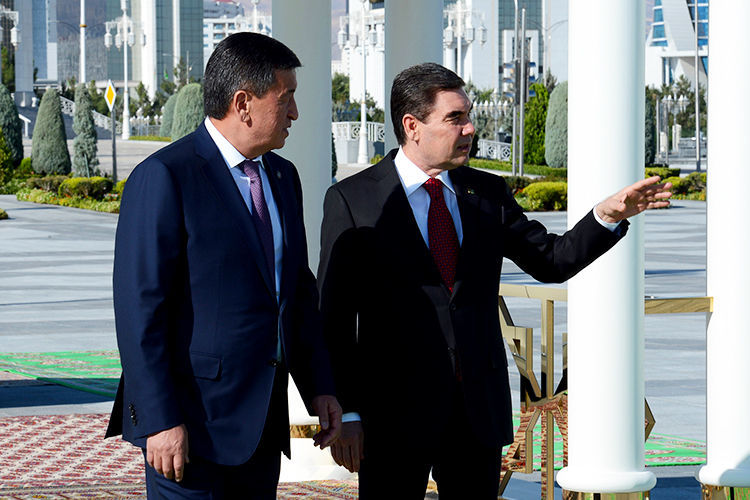 The presidents of Kyrgyzstan and Turkmenistan signed a Declaration on Strategic Partnership between the countries during the state visit of Sooronbai Jeenbekov to Ashgabat.

The head of Kyrgyzstan called the signing of the declaration a historic event in bilateral relations, which opened a new page in friendship and cooperation.

The President noted the constructive nature of the talks. «They confirmed our common intention to develop ties between the countries and raise the level of cooperation in all areas,» he said.

According to him, attention was paid to partnership in the trade and economic sphere, mutual increase in trade turnover, development of transport and expansion of transport networks.

The President of Turkmenistan Gurbanguly Berdimuhamedov noted that the visit was fruitful, there was understanding and support on almost all issues of bilateral relations.

«We signed a considerable package of documents aimed at development of relations between our countries,» he said.

During the visit, the sides signed 11 bilateral documents in the field of communication, transport, agriculture, culture, education and others.